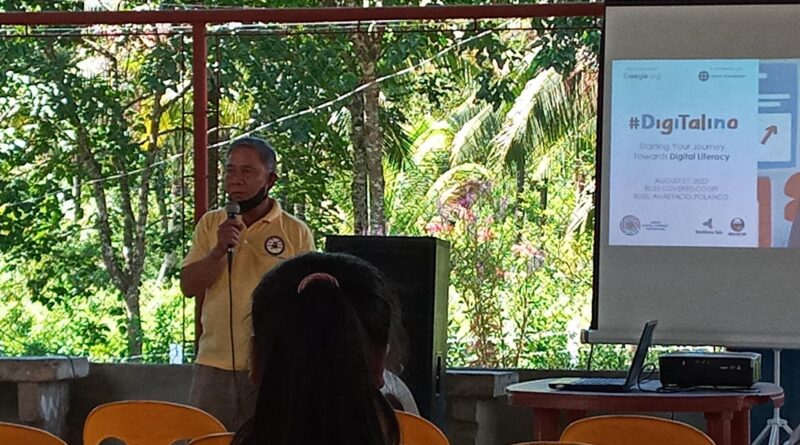 Information spreads more quickly than ever in a society that is becoming increasingly digital. Although this is advantageous, the difficulty now lies in sorting through the abundance of information to determine what is reliable.

Nerio Salaveria, 73, believes that knowing how to recognize false information is a valuable ability that will aid him and his community in making wise judgments.

“I used to have such a hard time understanding what is mis/disinformation. With so much information available on social media, it’s hard to decipher what’s true and what’s not, especially for people my age who are used to just taking information as is. Even the elderly in my community get confused by consuming news on the internet–they believe everything just because it’s on social media,” Mr. Salaveria said.

Mr. Salaveria is a participant in the Google.org-sponsored ASEAN Digital Literacy Programme (ASEAN-DLP), which is run by the ASEAN Foundation. People of all ages are taught media literacy through the curriculum, including how to recognize and avoid false information. The program prepares participants who will later go on to become trainers themselves and aid in the dissemination of the media literacy curriculum in local neighborhoods.

A recent study found that due to cognitive impairment, societal changes, and digital illiteracy, elderly persons are particularly vulnerable to misinformation and disinformation. Programs like ASEAN-DLP are crucial in bridging the divide and imparting the principles of digital literacy to individuals from a variety of ages and socioeconomic backgrounds.

Mr. Salaveria recognized the value of media literacy based on his own experiences as the current barangay councilor of Barangay Anastacio in Polanco, Zamboanga del Norte, as well as the president of the senior citizens association in their barangay and vice president of the senior citizens federation of their town. He could see how it might benefit the local seniors.

He now prefers to acquire his information from reliable news sources and direct sources, including verified social media profiles of government agencies and offices, rather than believing everything he reads online. He claimed that as a result, he and the people in his community were better able to avoid falling for aid scams in which they were promised a specific amount in exchange for another money or were given false information regarding increasing aid or rewards.

Being elderly at a time when everything is online is difficult and perplexing, according to Mr. Salaveria. For this reason, he has used the skills he acquired from the digital literacy program to mentor other senior individuals so they can all use the internet safely.

“I advise my fellow elders to not believe everything they see online, especially on social media platforms,” he said. “Using technology may be intimidating for people my age, that’s why I remind them that if there’s something they don’t understand or information they need to verify, seek guidance from their children who are very adept in using the internet.”