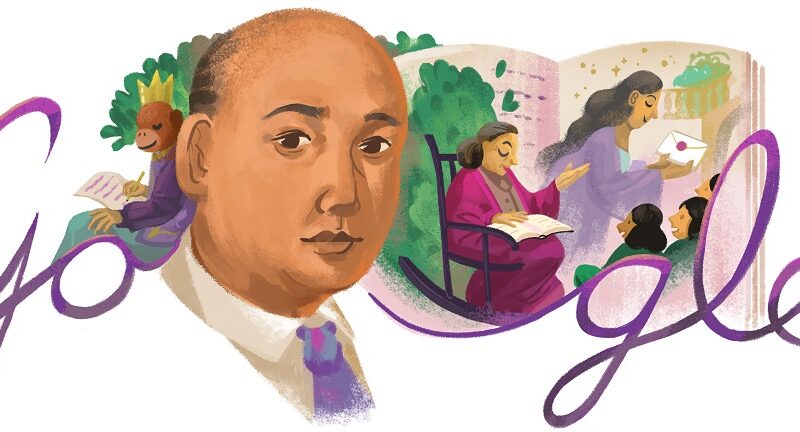 Today’s Doodle celebrates the 161st birthday of Filipino author and playwright Severino Reyes. Widely regarded as the “Father of Filipino Drama,” Reyes is not only internationally renowned for his famous zarzuelas, Spanish-influenced works of dramatic musical theater, but also for his now classic collection of Tagalog stories.

Severino Reyes was born on this day in 1861 in the capital of Manila. Fluent in both Spanish and Tagalog, Reyes took a deep interest in language, studying Latin, Greek, Hebrew, and a handful of other dialects spoken across the archipelagic nation. His intellect drove him to pursue studies in history, literature, and the sciences. Though his academic career culminated with a degree in philosophy, his most enduring legacy was left in the arts.

In 1902, Reyes founded the Gran Compania de Zarzuela, a theater group devoted to expanding the art form across the Philippines. That same year, his trailblazing theatrical group staged his second play titled “Walang Sugat” (No Wounds), a historical drama centered around the Philippine revolution. The popular reception of this play marked the beginning of the Philippine Golden Age of Zarzuela. Reyes mastered his dramatic expression in the decades that followed with over 50 zarzuelas.

In addition to his landmark career as a playwright, Reyes also served as the editor-in-chief of Liwayway, a popular Tagalog magazine to which he contributed stories under the pseudonym “Lola Basyang.” His stories, full of seemingly ancient wisdom, became such an integral part of Philippine society that the name Lola Basyang is still used today to describe a grandmother who loves telling stories.

Here’s to a storyteller who lifted the curtain on a new form of Filipino expression!