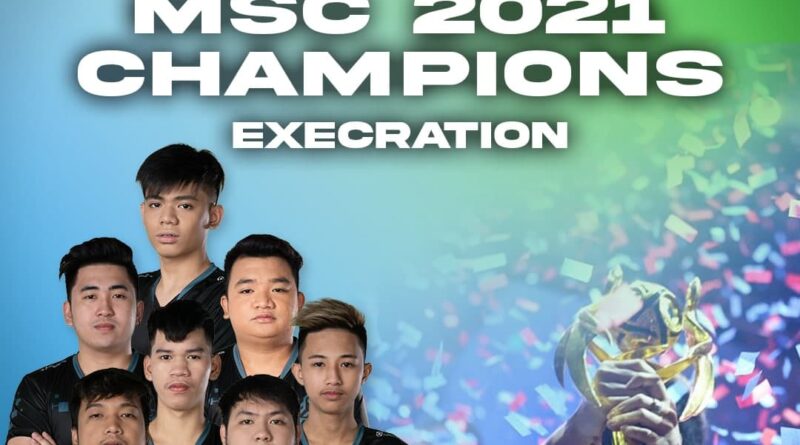 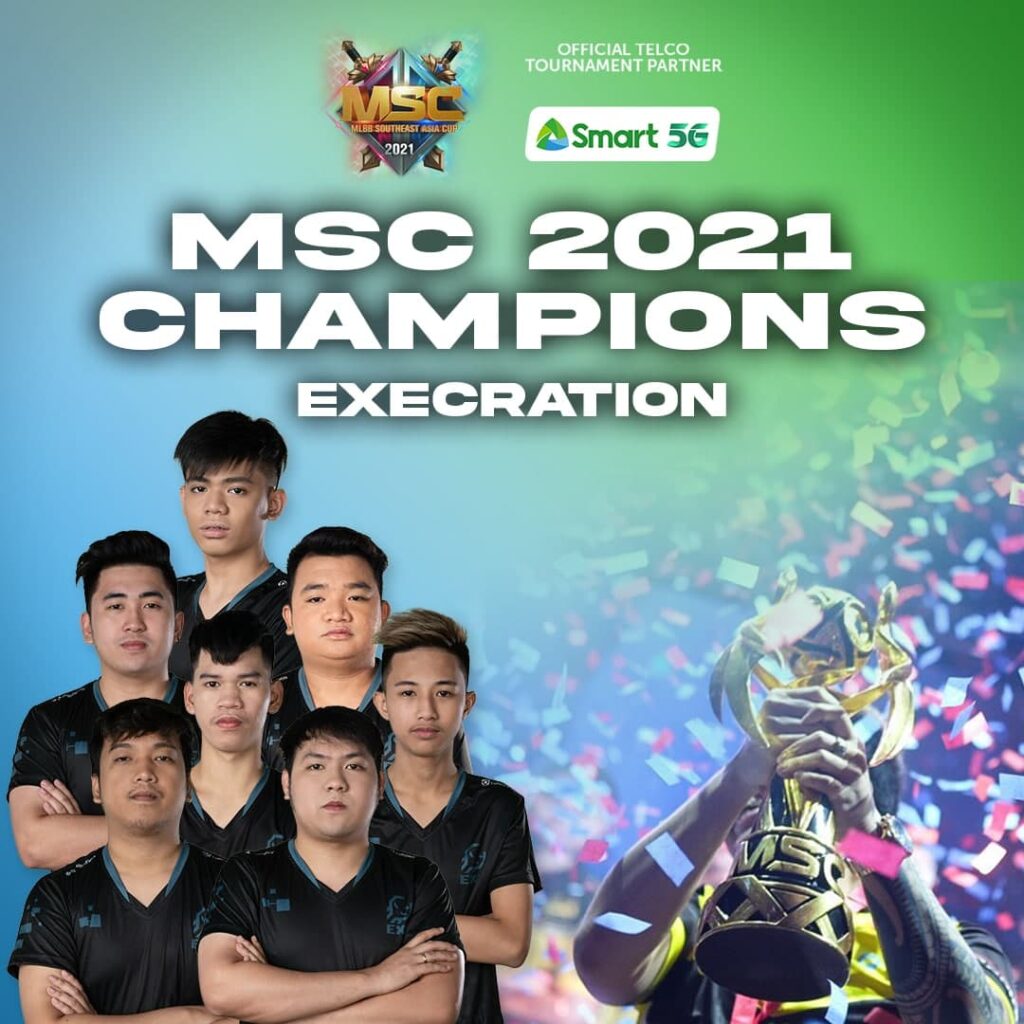 It was in every way an inspiring journey of perseverance and determination for the team, which showcased topnotch strategy and stamina that they have developed over the years of aspiring to dominate in the region. Ultimately, their tough run gripped Filipino gaming fans and proved once more that amazing things can happen when you put your #PUSO into your passion and purpose.

Team Execration managed to do a “Cinderella-run” after falling off from the upper bracket grand finals and made a legendary comeback in the grand finals spot facing the undefeated Blacklist International.

It was the second time two Filipino teams faced off in the grand finals of the said tournament, which gathered some of the best squads in the region, including teams from Indonesia, Singapore, Malaysia, Laos, Cambodia, Vietnam, and Thailand.

“We congratulate Execration for their sensational performance at this year’s MSC, proving yet again that we Filipinos have what it takes to dominate esports in the world stage,” said Jane J. Basas, Senior Vice President and Head of Consumer Wireless Business at Smart.

“We also take pride in the fact that both of our Filipino teams made it to the grand finals. More than setting the bar high for esports success, they have surely inspired more gamers and fans to go all out on their passions with a deeper purpose. With passionate and dedicated esports teams and athletes, there’s no doubt that the future is bright for Philippine esports,” Basas added.

The biggest supporter of Philippine esports

Over the past few years, Smart has proven its strong commitment and support to the Philippine esports community by partnering with game creators and esports tournament organizers here and abroad, delighting subscribers with exclusive offers, and actively playing a role in the Philippine Esports Organization (PESO), the official National Sports Association that governs and develops esports for the over 43 million gamers in the country.

Earlier this year, Smart launched its Double GIGA Games promo, which gives Smart and TNT subscribers 2 GB of data every day for seven days to access their favorite mobile games like Mobile Legends: Bang Bang, Clash of Clans, Arena of Valor, Clash Royale, and Call of Duty Mobile, as well as to stream gaming content from their favorite creators on FB Gaming, plus 2 GB of open-access data for only P99.

Smart subscribers can register to Double GIGA Games via the GigaLife App, which is downloadable on the Apple App Store, Google Play Store, and Huawei Mobile Services. Subscribers can also register by dialing *123# and choosing DOUBLE GIGA.

Filipino can enjoy the best mobile gaming experience powered by Smart, the country’s fastest mobile data network as reported by third-party mobile internet analytics firms such as Ookla® and Opensignal.

Smart has also scored a rare sweep in the April 2021 Philippines Mobile Network Experience Awards* by independent analytics firm Opensignal, beating the competition across all metrics in three essential aspects of service: Coverage (4G Coverage Experience, 4G Availability), Speed (Download and Upload Speed) and Experience (Games, Video and Voice app). This is the first time an operator in the Philippines won decisively in all categories.

Smart also enables subscribers to level up their gaming experience with Smart 5G’s superfast speeds and ultra-low latency powered by the country’s most extensive 5G network with over 3,000 sites.

For more info and updates on the Mobile Legends Southeast Asia Cup 2021 and other events and offers, follow Smart’s social media accounts, and visit MSC’s official website at https://msc.mobilelegends.com/.