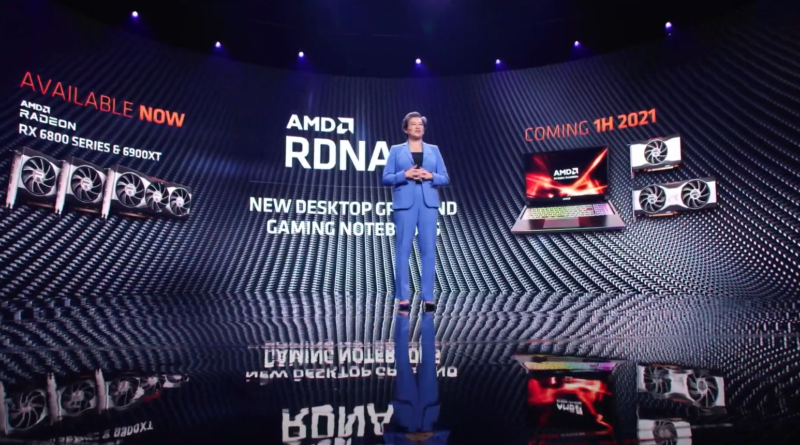 Consumer Technology Association’s Consumer Electronics Show, AMD (NASDAQ: AMD) showcased technology innovations that are improving how consumers live, work and play. During her keynote, AMD President and CEO Dr. Lisa Su reiterated the importance of high-performance computing in people’s daily lives and the ways in which the acceleration of digital transformation – at home and at work – point to a bright future this year and beyond. To power that future, Dr. Su announced a new family of high-performance mobile processors for laptops and offered a preview of an upcoming next-generation server processor for data centers.

“AMD is incredibly proud to be at the heart of products, services and experiences keeping us productive, learning, connected and entertained in an increasingly ‘digital first’ world,” said Dr. Su. “We are committed to consistently pushing the envelope on what’s possible in PCs, gaming, data centers and the cloud together with our industry partners.”

Dr. Su was joined in the keynote by a diverse set of partners: HP CEO Enrique Lores, Lenovo CEO Yang Yuanqing, Vice President of Technology for Lucasfilm François Chardavoine, Mercedes AMG Petronas Formula 1 Driver Sir Lewis Hamilton and Team Principal and CEO Toto Wolff, and Microsoft Chief Product Officer Panos Panay. Each shared how they partner with AMD to offer some of the most exciting products, services and experiences to people around the world. For example, Lewis Hamilton, Formula 1 champion, discussed the role of high-performance computing in racing, from the design and testing of the car to the analysis of race data for competitive advantage.

In addition, scientific researchers explained how an additional 12 petaflops of donated AMD EPYC™ and AMD Radeon Instinct compute power is accelerating their work to research infectious disease including COVID-19. (6:00 – 9:00)

To support the dramatic shift to working and learning from home, AMD launched new AMD Ryzen 5000 series processors based on the “Zen 3” core, combining industry-leading performance[i] with the power efficiency needed for next-generation mobile PC computing. (18:29 – 23:42)