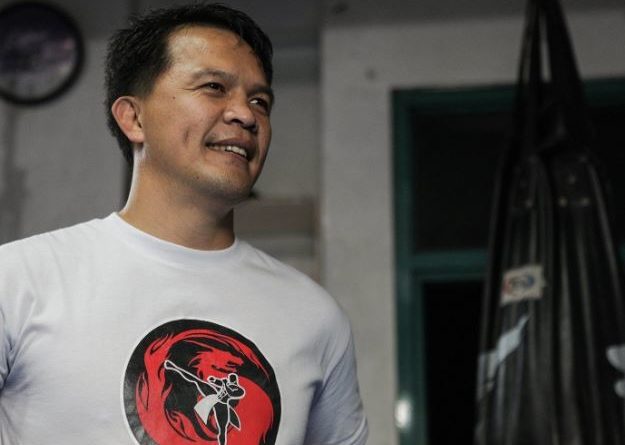 “The Apprentice: ONE Championship Edition” is coming in the second half of 2020.

As in the original show, this special edition of the hit reality TV series will feature 16 contestants from various parts of the world who will compete against each other in “a high-stakes game of business competitions and physical challenges.”

The winner of the show gets a US$250,000 job offer to work directly under ONE Championship Founder, Chairman and CEO Chatri Sityodtong for a year in Singapore. Thousands of applications have already poured in. The selection and casting process is underway.

One man who wouldn’t mind joining the show is Team Lakay founder and coach Mark Sangiao. He is not only Head Coach and owner of the Philippines’ most prolific martial arts outfit, but he’s also a savvy businessman who has the experience and know-how in building a successful company and brand.

“More than a hundred percent I would say yes if given the chance. I would do anything that would be good for me, my family, my athletes, Team Lakay, and future warriors. An opportunity like that would be hard to say no to.” Sangiao pondered the possibility.

The Will to Win

Like many of his pupils, Sangiao’s march towards success was fueled by extreme hardship. The Filipino martial arts icon pursued his passion with literally no money in his pockets. All he had was his iron will and a strong desire to chase his dreams.

“Early in my martial arts career, I would borrow money countless times just so I could travel from Baguio to Manila every time I had a fight. Life was hard. I started from zero. I had nothing,” said Sangiao.

Sangiao made the lonely six-hour trip to the nation’s capital all by himself, with no coaches and no teammates in tow. He would compete and return to Baguio City with his earnings, which wasn’t even enough to make it through and provide for his needs on a daily basis.

“When I was teaching martial arts, I used to jog six kilometers everyday both ways from La Trinidad to Baguio City since I had no money to pay for my jeepney fare. Some students would help me by giving me five pesos so I didn’t have to travel on foot,” Sangiao recounted.

“I taught for passion, for almost no pay.”

The Apprentice: ONE Championship Edition will put contestants in similar tough situations. The show’s business challenges present a real-world set of tasks to complete, some seemingly impossible. Similar to what Sangiao has already experienced in his life, contestants will have to dig deep and be creative in overcoming the odds.

“When I first started Team Lakay, we had just one pair of gloves which we all shared. All of our training and equipment, everything was improvised. We trained outdoors and made use of the beautiful nature in Baguio City to train. It was free,” said Sangiao.

Sangiao has certainly come a long way from his humble beginnings. Yet there is no secret to his success, the veteran claims. Just pure hard work and determination. It was always the will to succeed.

One thing that makes Sangiao stand out is his remarkable mind. Whatever challenges he’s faced with, Sangiao is always able to devise ways to get past his obstacles.

“People call me a strategist, because I don’t just rush into things. I like to create a plan,” said Sangiao.

“Not just as a coach, but in my entire approach to life in general. I like to think deep about things and I always have a long-term future goal. I set a goal, and no matter how hard or impossible it may look, I do everything in my power to make it happen.”

Since the very beginning, Team Lakay had made the best of their meager facilities. Observing the team’s history throughout the years, it’s absolutely astonishing how much they’ve accomplished with so very little.

To say that what Sangiao and Team Lakay have accomplished is extraordinary is a true understatement. The group has garnered so many accolades throughout the years, whilst training in a very small, spartan gym.

But Sangiao never let go of his dream to have a gym complete with the best gear and facilities so he and his students could make the best out of training.

“Four years ago, it seemed impossible to happen, but I worked hard for it. I envisioned it, and when the opportunity came about, we took it. I didn’t even think about the kind of money we needed to spend to put it up, for all the new machines we had to buy, for the rent we had to pay. I just took the chance, and here we are. We’re doing okay,” said Sangiao.

Team Lakay eventually built the gym of their dreams, and now the team is producing the next generation of World Champions in the Philippines.

“It takes a goal, a firm and strong mind to reach that goal, an opportunity, and the heart to succeed. You just have to have patience and wait for the right time. More importantly, you need the right people working with you. You have to surround yourself with like-minded people. With that, there is no impossible dream,” said Sangiao.

ONE has yet to announce the first wave of contestants for The Apprentice: ONE Championship Edition, and as scores of applicants have already begun to make their intentions known, Sangiao ponders the possibilities..

“The perfect candidate has to have that strong determination to make goals materialize. He or she needs to know how to take risks, but calculated risks with smart filtering decisions, and to be prepared for whatever results may come,” Sangiao said.

“You can’t be afraid to take chances when opportunities present themselves, even if you’re not a hundred percent sure you will succeed. Opportunity is opportunity, and you have to be brave enough to grab it, and invest in it.”

Sangiao has no doubt proven with his own career and struggles that having little is no excuse not to try. He says contestants have to find ways to succeed despite the odds stacked against them.

“If money is an issue, you have many other advantages to lean back on. You have your time, your effort, and your mind. Bank on your abilities, and things will fall into place,” Sangiao concluded.

Sityodtong says The Apprentice: ONE Championship Edition will be the toughest in the history of the show.

For interested applicants who want to audition, information can be found at this link: https://www.onefc.com/the-apprentice/