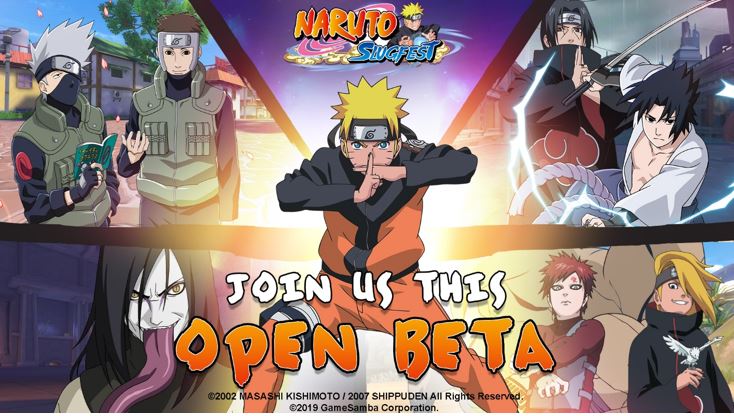 JOIN US THIS OPEN BETA! – Cubinet Interactive has opened the gates of Konoha to welcome all players for their newest IP Game—Naruto: Slugfest.

Naruto: Slugfest is an officially licensed mobile game that is based on the popular Anime/Manga “Naruto Shippuden” by Masashi Kishimoto, where fans follow the life and adventures of the world’s most loved ninja—Naruto Uzumaki! Players in South East Asia; Indonesia, Thailand, Singapore, Malaysia, Philippines, Cambodia, Laos, Myanmar, Brunei, Timor-Leste and other selected regions, covering; India, and Australia can now enjoy the game on mobile via Android and iOS. The game will also be released soon in Vietnam, Turkey, Russia and the MENA regions

Experience the nostalgia and find your own ninja way as you enter the stunning World of Naruto in Naruto: Slugfest that is an Action-Packed, 3D Open World, MMORPG Style mobile game like no other! 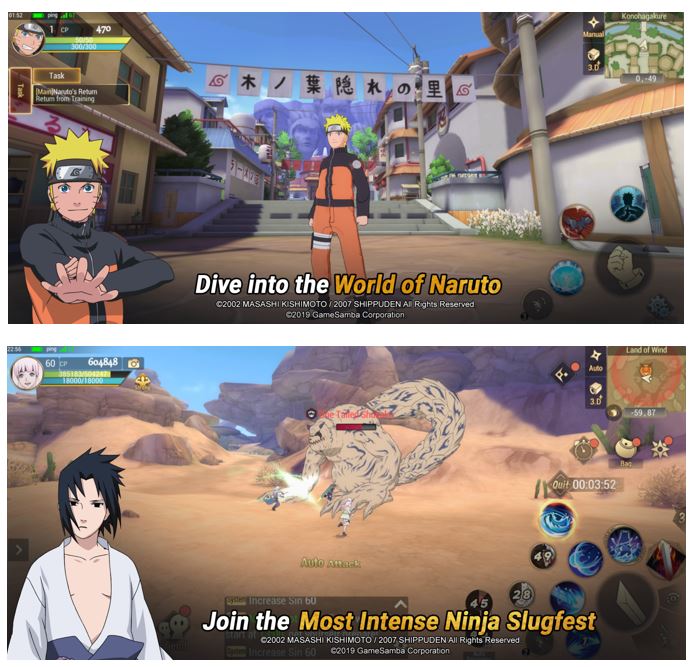 The plot starts in the Naruto Shippuden timeline where Naruto comes back to the Konoha Village after a two-year long training with Jiraiya. At the same time, the Five Shinobi Nations are now facing the biggest threat as the Akatsuki starts to become more active. Also, Naruto must deal with the loss of someone he considers a brother—Sasuke, who joins Orochimaru in exchange for power in order to have his revenge on his brother—Itachi.

Blazing Lotus – Range type that specializes in Fire Style techniques. Aside from dealing massive damage to enemies, her abilities allow her to support allies.

Thunder Assassin – A medium-range class that can use both Water Style and Lightning Style techniques. This grants her high mobility or stealth, depending on her play style.

Wind Shooter – A long range type that specializes in using Wind Style techniques. This allows him to deal massive damage from afar while maintaining safe distance between him and the enemies.

Start your very own Ninja Story 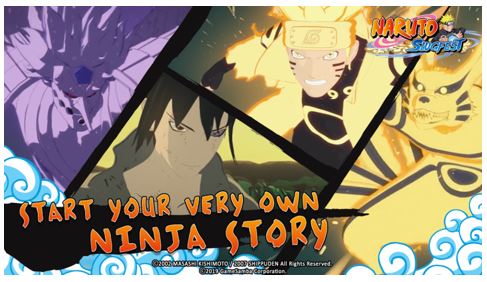 Your story starts in the Naruto Shippuden timeline. Join your favorite Naruto Characters in challenging quests and difficult boss battles to save Konoha. There is more to simply taking daily quests. You are in-charge of finding your own Ninja Way as you choose your class and Ninjutsu skills that is most suitable to your preferred character build. Thread the Naruto Shippuden story while building bonds with Naruto Partners. They will aid you in battle as you train and grow stronger. Together, conquer every obstacle in the game! 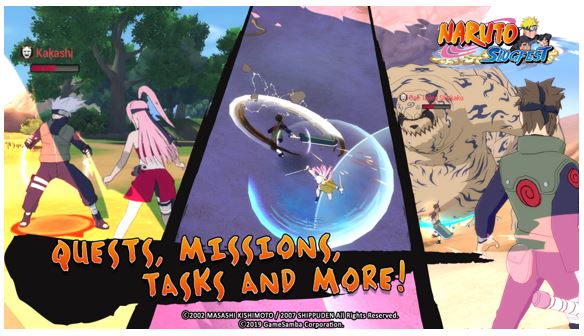 Naruto: Slugfest offers challenging quests that rank from simple D-rank missions up to the most challenging S-rank missions. From finding a cat, gathering intel from the Akatsuki, escorting the Daimyo, up to defeating S-rank targets. The more quest you have accomplished, the higher your ninja rank will be.

Push the limits of your strategic and combat skills by accepting delightful solo quests up to the most difficult trial challenges. Showcase your strength against the massive competitive ninjas through battles from friendly sparring up to group and clan confrontations that can reach a massive 20 vs 20 battle and more.

Your Life as a Shinobi 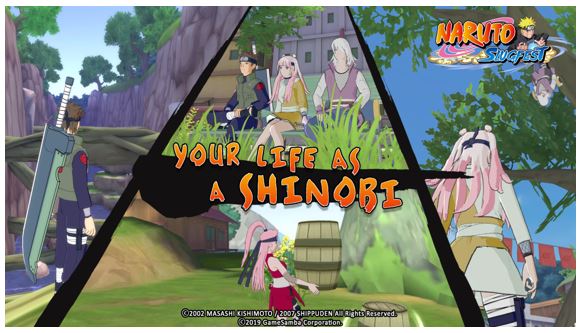 There will never be a dull moment in-game. The Life System enables players to have a true feel of a shinobi’s journey covering aspects other than battle. Certain items can only be obtained through Crafting materials. The best part of it is that these ingredients and materials can only be obtained through Mining, Making Herbs, Tailoring, Gem Processing, Farming, and many more!

Make Friends and Conquer the battlefield! 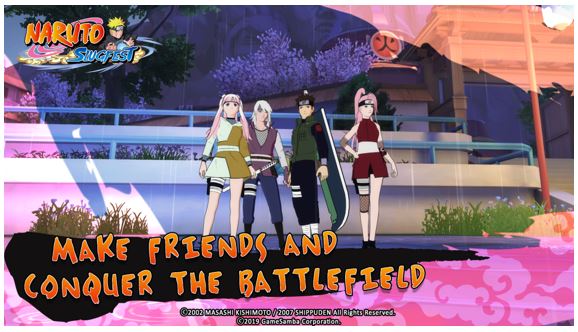 Naruto: Slugfest believes in friendship! May it be through social and competitive game features such as clan, apprenticeship system, family system, marriage system, team quests, multiplayer instances, and many more – your comrades will be important! Invite your friends and play Naruto: Slugfest together!

Download Naruto: Slugfest now on Google Play and App Store. Your journey to find your own Shinobi way starts here!

Spread the word to your friends, the more the merrier!