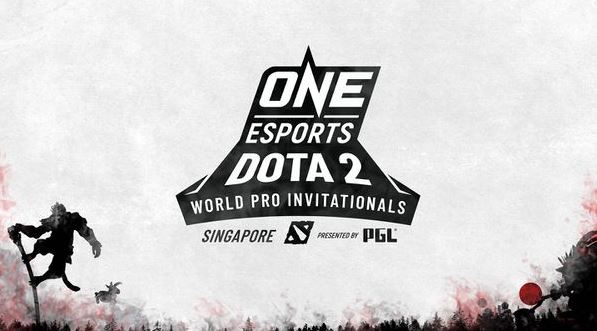 Esports
November 17, 2019 Fluffy 457 Views 0 Comments Dota 2, eSports, One eSports, Singapore invitational
ONE eSports Gathers the Best Team in the World ALL 12 OF THE WORLD’S BEST TEAMS ANNOUNCED FOR ONE ESPORTS DOTA 2 SINGAPORE WORLD PRO INVITATIONAL REDEMPTION PROPS TO MEET AND GREET WITH FANS 15 November 2019 – Singapore: ONE Esports, a subsidiary of ONE Championship™ (ONE), the largest global sports media property in Asian history, has just announced all 12 teams competing in the ONE Esports Dota 2 Singapore World Pro Invitational.

ONE Esports is set to host the inaugural ONE Esports Dota 2 Singapore World Pro Invitational, happening this 20-22 December at the Singapore Indoor Stadium, home of ONE Championship's blockbuster martial arts extravaganzas. 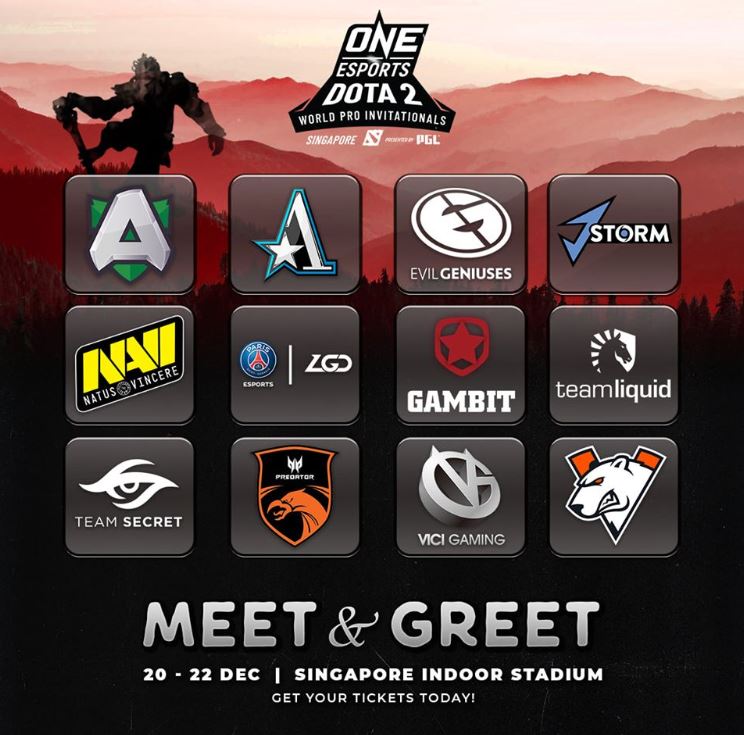 The official list of teams competing includes Alliance, Evil Geniuses, Gambit, J.Storm, Natus Vincere, PSG.LGD, Team Aster, Team Liquid, Team Secret, TNC Predator, Virtus.pro and Vici Gaming. Select Dota 2 pro teams will participate in one-hour meet-and-greet sessions with fans across all three days of the event, with priority lines for VIP and Cat 1 ticket holders. The talent list includes renowned female host Sheever, top casters TobiWan, BSJ, ODPixel, Fogged, paired with analysts Black^, Trent, and Capitalist. Joining them are content creators Kyle and Malystryx, as well as observers Weppas and Skrff. Cosplay superstar, Redemption Props, will be at the three-day event to meet-and-greet with fans. Redemption Props is a full-time professional costume designer and cosplayer from India. He won TI9’s Best in Show award for his amazing Treant Protector costume. Redemption Props is set to come in as Dota2’s Drow Ranger with his award-winning costume design. In addition, cosplay winners from the KL Major, including Darryl Izzy (Dragon Knight) and Vinca Kazuki (Vengeful Spirit), and other cosplayers will be attending the event to meet and interact with fans. The merchandise store will also be fully stocked with an attractive range of products including exclusive Dota 2 Singapore event apparel, accessories, official Dota 2 merchandise from the teams competing at the event, and official ONE Esports gear. Carlos Alimurung, CEO of ONE Esports, stated: "Never before has Singapore hosted such a world-class esports event. The world's best Dota2 teams will compete. Nine teams were at the past International and competed for the $34M prize pool. The best on-air talent will cast and commentate - 11 of them covered the last International as well. The best cosplayers will perform - one of which, Redemption Props, won the TI9 Best in Show award. And, with our partner, PGL, we will deliver a game-changing esports experience for the teams, fans, and spectators. The stage set-up alone will certainly wow everyone!" Ticket information for the ONE Esports Dota 2 Singapore World Pro Invitational is available at http://www.oneesports.gg/buydota2tickets. More information on the event can be found at https://www.oneesports.gg/one-esports-dota-2-singapore-world-pro-invitational/ Alimurung continued: "Fans should expect not only an amazing competition between the world's best Dota2 teams but also amazing performances by the on-air talent and cosplayers. Moreover, the weekend will feature team meet-n-greet sessions, cosplay performances, exclusive event merchandise for sale, audience contests and giveaways, and many more activities to keep fans engaged and entertained." Fans can win a trip for two (2) to Singapore to be part of all the festivities by participating in the “Our Game, Your Story” contest. Contestants are tasked to share how Dota 2 has impacted their lives in a Facebook post, with the hashtags #ONEDota2 and #OGYS. The contest ends on 5 December. The ONE Esports Dota 2 Singapore World Pro Invitational is ONE Esports’ inaugural event to be held at the Singapore Indoor Stadium from 20-22 December. The three-day event features some of the best players and teams in Dota 2. Friday-only tickets, as well as Saturday/Sunday tickets, are available. Discounts are available at 20% off until Friday, 15 November. In addition, exclusive ONE Esports merchandise will be included for Category 1 and VIP ticket holders. Organized together with PGL, the ONE Esports Dota 2 Singapore World Pro Invitational is the first event in the ONE Esports Dota 2 World Pro Invitational series, with the second ONE Esports Dota 2 Jakarta World Pro Invitational taking place on 17-19 April 2020 at the Indonesia Convention Exhibition (ICE BSD). For more Tech Lifestyle News and Features Visit us at Techbeatph.com, and visit and subscribe to our YouTube Channel.