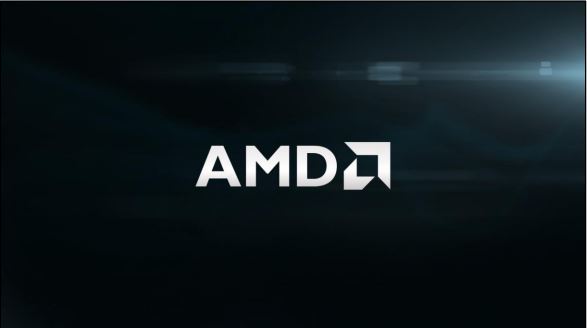 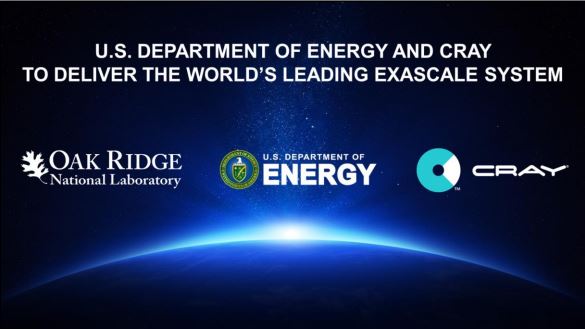 Collaboration with Cray targets over 1.5 exaflops of next-generation AI and HPC processing performance in the Frontier system by 2021

SANTA CLARA, Calif. — May 7, 2019 — AMD (NASDAQ: AMD) today joined the U.S. Department of Energy (DOE), Oak Ridge National Laboratory (ORNL) and Cray Inc. in announcing what is expected to be the world’s fastest exascale-class supercomputer, scheduled to be delivered to ORNL in 2021. To deliver what is expected to be more than 1.5 exaflops of expected processing performance, the Frontier system is designed to use future generation High-Performance Computing (HPC) and Artificial Intelligence (AI) optimized, custom AMD EPYC™ CPU, and AMD Radeon™ Instinct GPU processors. Researchers at ORNL will use the Frontier system’s unprecedented computing power and next-generation AI techniques to simulate, model and advance understanding of the interactions underlying the science of weather, sub-atomic structures, genomics, physics, and other important scientific fields. 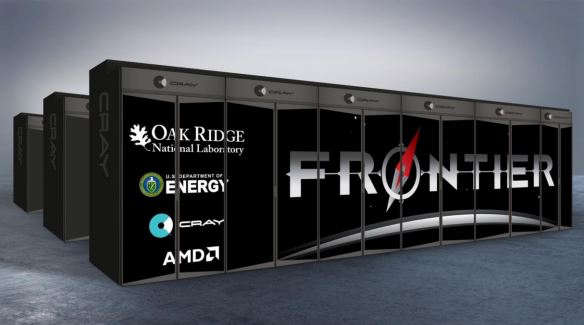 “AMD is proud to partner with Cray and ORNL to deliver what is expected to be the world’s most powerful supercomputer,” said Forrest Norrod, senior vice president, and general manager, AMD Datacenter and Embedded Systems Group. “Frontier will feature custom CPU and GPU technology from AMD and represents the latest achievement on a long list of technology innovations AMD has contributed to the Department of Energy exascale programs.” 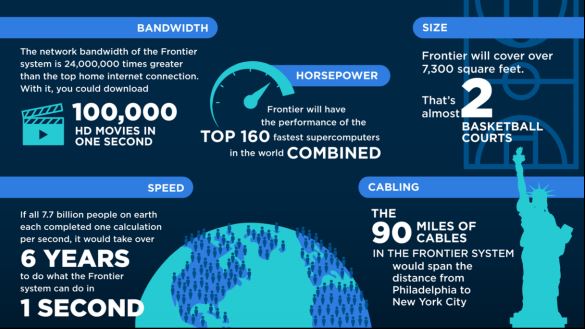 AMD innovations to be used in the Frontier system include:

• An enhanced version of the open source ROCm programming environment, developed with Cray to tap into the combined performance of AMD CPUs and GPUs. 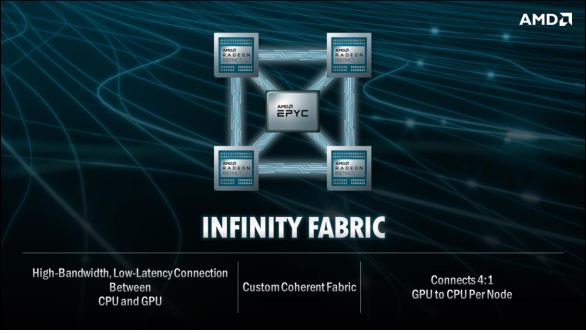 “We are excited to work with the team at AMD to deliver the Frontier system to Oak Ridge National Laboratory,” said Steve Scott, senior vice president and CTO at Cray. “Cray’s Shasta supercomputers are designed to support leading-edge processor technologies and high-performance storage, all tightly interconnected by Cray’s new Slingshot network. The combination of Cray and AMD technology in the Frontier system will dramatically enhance performance at scale for AI, analytics, and simulation, enabling DOE to further push the boundaries of scientific discovery.”

“Frontier represents the state-of-the-art in high-performance computing. Designing and standing up a machine of its scope requires working closely with industry, partnerships which not only enable breakthrough science but also ensure American scientific and economic competitiveness on the global stage,” said Jeff Nichols, associate laboratory director for Computing and Computational Sciences, ORNL. “We are delighted to work with AMD to integrate the CPU and GPU technologies that enable this extremely capable accelerated node architecture.”