TechbeatCast
May 2, 2019May 2, 2019 Fluffy 289 Views 0 Comments Desktop App, Facebook, Facebook Messenger, Social Media
Facebook Messenger coming to desktop. Social Media giant Facebook announced plans to pivot into private messaging now has a desktop component. The company recently announced that it would bring Messenger, the popular messaging client, to Mac and Windows later this year. They made the announcement at its F8 developer conference in San Jose, California. the number of mobile phones in the world is more than the number of desktop computers. The rate of development and innovation for desktop computers has slowed accordingly. But for office workers who spend most of their days using a Mac or PC, messaging is a core function. A dedicated messaging app could keep them inside Facebook’s system in doing productive functions for hours a day. “People want to seamlessly message from any device, and sometimes they just want a little more space to share and connect with the people they care about most,” Facebook said in a statement. The new pivot will also help Messenger turn a profit by making it a better place to sell ads to business due to the expanded engagement. The company wants to add other business tools to its messaging apps. Facebook messenger is already gaining traction and acceptance in the business world as a formal means of communication. 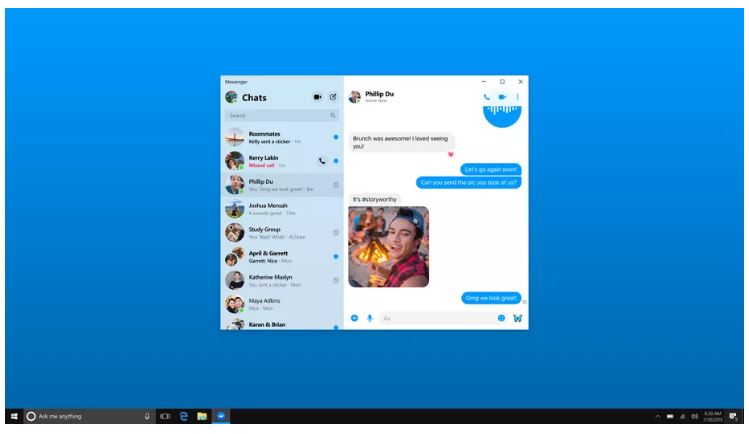 The desktop version of Messenger will have all the functionality of the mobile applications audio calls, group video calls. The desktop apps are now in testing and will arrive globally “later this year,” the company said. For more Tech Lifestyle News and Features Visit us at Techbeatph.com and Visit and Subscribe to our Youtube Channel here..