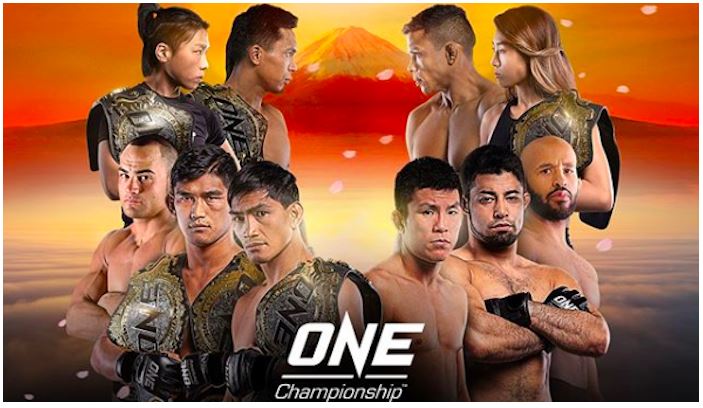 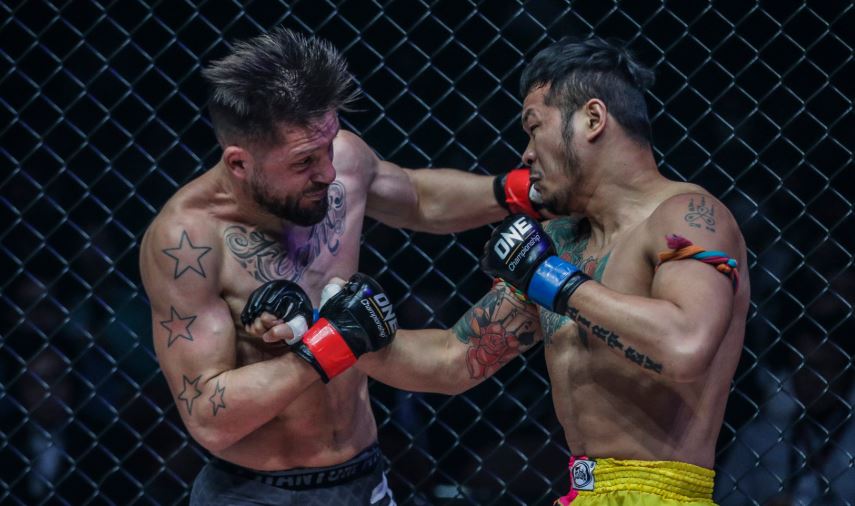 As the two legends in kickboxing square off once again Yodsanklai’s striking accuracy was too much for Souwer. The Thai was finally able to avenge his loss to the Dutch as he dropped Souwer once in the first round by a short right hand. And again in the second round but this time the referee stopped the fight, giving Yodsanklai IWE Fairtex the TKO win. Lightweight World Grand Prix Quarter Final Eddie Alvarez vs. Timofey Nastyukhin 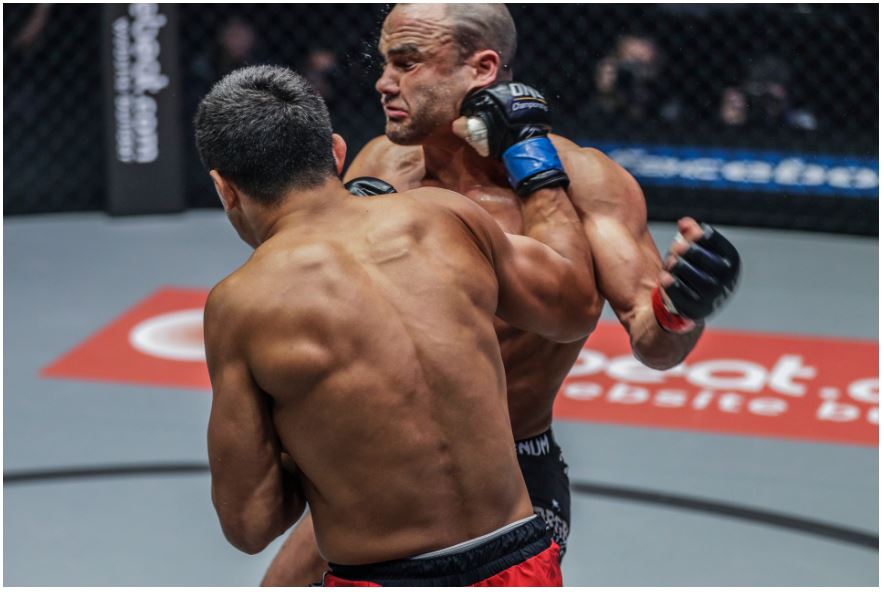 Alvarez’s dream of becoming the first ever MMA fighter to become a title-holder in all three major MMA promotions was derailed by Timofey Nastyukhin. The Russian hurt Alvarez earlier in the round but Timofey Nastyukhin was patient and avoided to rush the still dangerous Eddie Alvarez. A right cross rattled Alvarez and he wobbled towards the cage. Another right dropped Alvarez and the referee stopped the fight with 54 seconds remaining in the first round. Flyweight World Grand Prix Quarter Final Yuya Wakamatsu vs. Demetrious Johnson 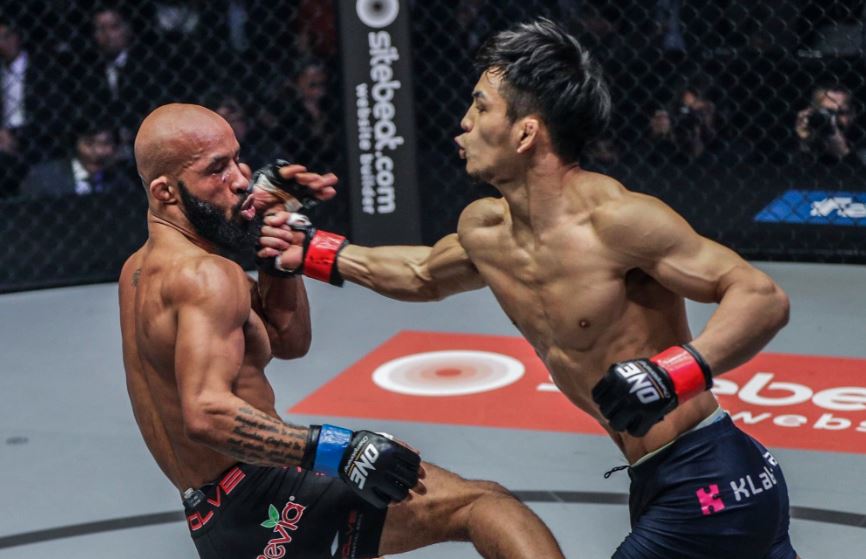 Demetrious “Mighty Mouse” Johnson submitted Yuya Wakamatsu in the 2nd round with a guillotine choke. Wakamatsu gave Johnson a run for his money in the first round, as the Japanese matches the American’s speed and striking proficiencies. However, Mighty Mouse’s wrestling prevailed as he takes down Wakamatsu and works to advance his position and submit his foe. ONE Bantamweight World Championship Kevin Belingon vs. Bibiano Fernandes

In a stunning turn of events in what appears to be a repeat of their previous match. Kevin Belingon and Bibiano Fernandes’ trilogy match ended in a bit of a controversy. Belingon would control the striking aspect while Fernandes would be able to take down Belingon and control him on the ground. In the first round though, Belingon was rocked by a well-timed right hand. “The Silencer” was clearly dazed but was able to survive the onslaught. In the second round, Belingon has clearly recovered and controls the standup right away. Fernandes shoots for a takedown and while on his back Belingon struck Fernandes with an elbow to the side of the head and while he aims for another, Bibiano moves his head forward. Causing the back part of his head above his neck to be hit. The referee warned the fighters but Bibiano motioned that he was hurt. Kevin Belingon was disqualified and Bibiano Fernandes was handed the victory. Update: One Championship CEO Chatri Sidyodtong immediately granted Belingon a rematch with Fernandes. CO-MAIN EVENTS: 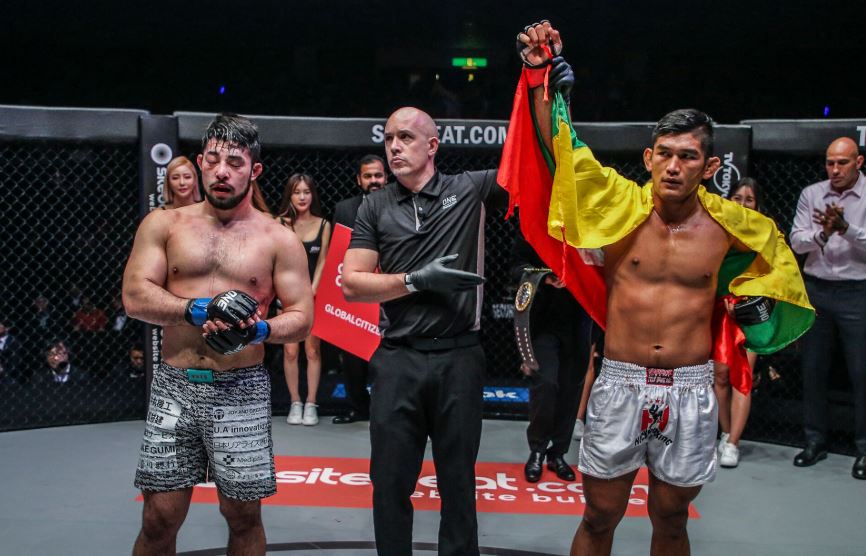 ONE Middleweight World Championship Aung La N Sang vs. Ken Hasegawa Aung La Nsang got Hasegawa’s timing all figured out as he connects with a powerful right dropping the Japanese momentarily in the first round. Nsang continues to punish the left body of Hasegawa leaving a dark reddish mark. The Japanese had no choice but to drop his left hand to protect the body. Aung La Nsang capitalized and unleashes a powerful right. What a finish!!! Aung La N Sang knocked-out Ken Hasegawa once again. ONE Women's Strawweight World Championship Xiong Jing Nan vs. Angela Lee 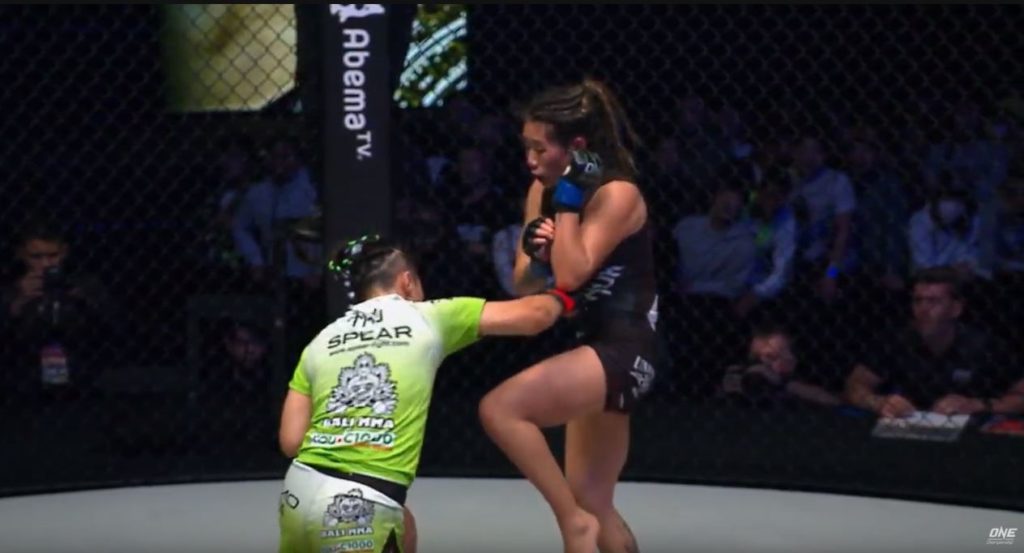 In an exciting back and forth action between Singapore’s Angela Lee and China’s Xiong Jing Nan. MMA fans were impressed by Xiong Jing Nan’s grit and determination as she was trapped by Angela Lee in a number of occasions but did not choose to tap and lose her belt. In the end, her perseverance paid off as she was able to hurt Lee with strikes to the body that led to her defeat. Angela Lee suffered the first loss of her career from the hands of Xiong Jing Nan via TKO. MAIN EVENT: ONE Lightweight World Championship Eduard Folayang vs. Shinya Aoki 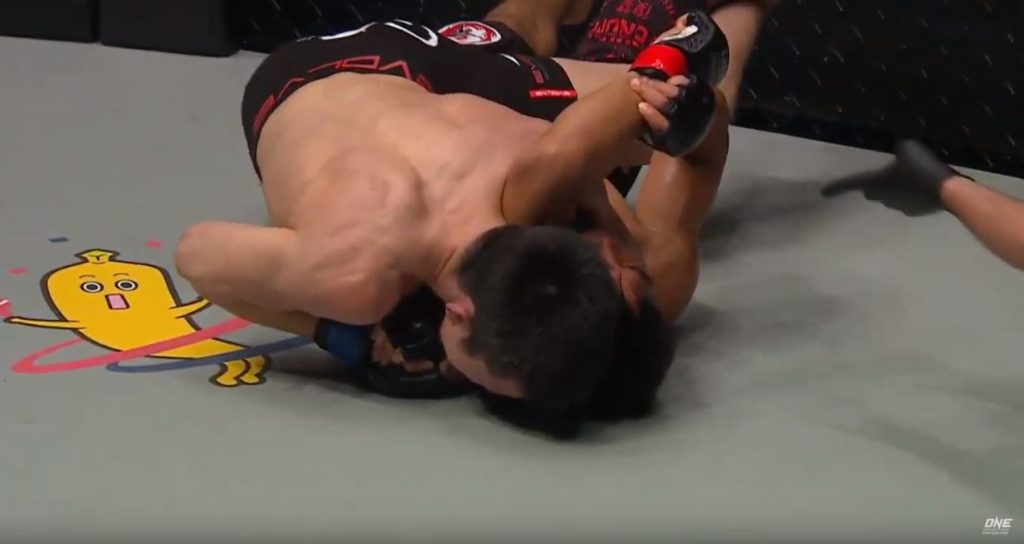 Shinya Aoki did quick work of the champion Eduard Folayang to avenge his loss to the Filipino in stunning fashion. Aoki sets up a left high kick to control the distance with Folayang before getting a takedown. He quickly sets up an arm triangle choke and puts Folayang to sleep. Shinya Aoki is once again the new ONE Lightweight World Champion. For more Tech Lifestyle News and Features Visit us at Techbeatph.com and Visit and Subscribe to our Youtube Channel here..