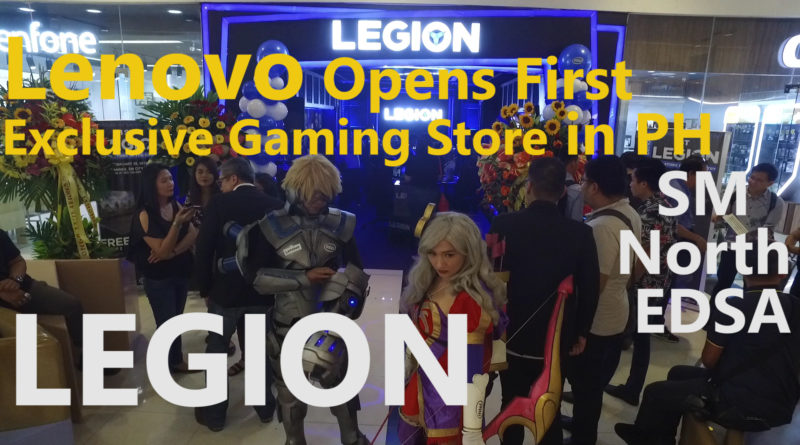 Gadgets Laptops Videos
March 9, 2019March 9, 2019 Fluffy 523 Views 0 Comments eSports, Gaming, Gaming Laptops, Legion, Lenovo
Lenovo Opens Legion Concept Store Global innovation leader and number one PC developer Lenovo inaugurated its first ‘Legion Concept Store’ in the Philippines as part of efforts to bring game-changing devices closer to Filipino gamers in the company’s bid to own the local gaming segment. Watch our Vidoe to see the highlights of the opening. Located at the 4th floor of the Annex Building of SM City North EDSA, the Legion store features a wide range of products from Lenovo’s Legion gaming lineup, which visitors can personally test and play games on. Launched in the Philippines in 2017, the Lenovo Legion line has established a significant foothold in the country and is expected to continuously increase in sales and popularity among the gaming community. “As the gaming market grows exponentially every year, we at Lenovo would like to maintain our commitment in providing best performing and top of the line devices to the Philippines, which includes the Legion line of gaming notebooks. The exclusive Legion store was conceptualized to support the local gaming culture and provide virtually everything that a gamer needs,” said Lenovo Philippines Country General Manager Michael Ngan. In addition to showcasing Legion products, the store will occasionally hold mini gaming tournaments to further engage the local gaming community. The Legion store at SM City North EDSA is just the first of many planned Legion Concept Stores set to open all over the country. For more Tech Lifestyle News and Features Visit us at Techbeatph.com and Visit and Subscribe to our Youtube Channel here..