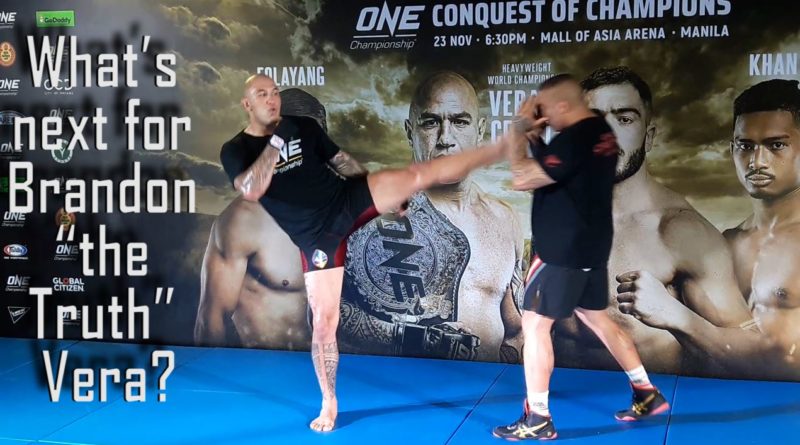 In the post-fight interview after his knockout win over Mauro Cerilli last 23 November 2018 in ONE Championship – Conquest of Champions. Brandon “the Truth” Vera reveals his plans for 2019 and the years ahead. Brandon disclosed his plans in show business, what he’s going to do next and his next probable fight schedule and opponent.

Watch our video to see the details of Brandon Vera’s plans for 2019.

He also told the throng of reporters inside the media room about his plans to uplift the standard and skill level of MMA in the Philippines. Vera underlined the achievements of Filipinos in the MMA scene here and around the world, the Philippines has produced world champions in numerous organizations. In ONE Championship alone, Filipinos hold 5 of the 11 titles in this elite organization.