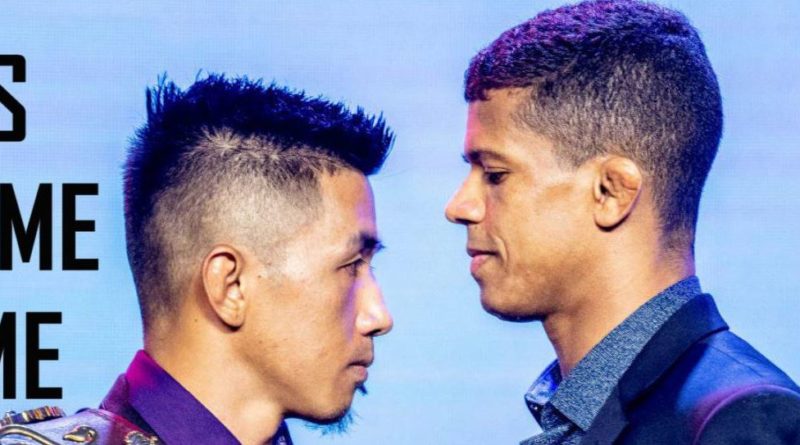 One Championship: The pressure of Competition

At ONE Championship’s press conference for Hero’s Ascent, the current Flyweight champion Geje “The Gravity” Eustaquio looks composed and undeniably intense as his name was called to the stage to face-off with his nemesis Adriano “Mikhino” Moraes.

Geje Eustaquio spoke with conviction, sincerity, and brilliance as he emphasizes the need for strength of character to succeed in this difficult sport. How his decision 15 years ago, the most difficult one he made thus far radically changed his life. Despite the hardships and difficult training days, he persevered to stand before a crowd of media men and women at the City of Dreams Manila. A successful MMA fighter in one of the most successful MMA organizations. The current ONE Championship Flyweight Champion.

ONE Championship’s upcoming inaugural event in Manila for 2019, this Friday night on the 25th of January will feature their third dance since they already fought twice in the past. Moraes drew first blood as he gained the inaugural Flyweight honors in Phnom Penh, Cambodia by submitting Geje in the second round. The Filipino Eustaquio however, unified the Flyweight Title via a split decision win over the Brazilian in Macau.

As with all rubber matches in Boxing and MMA history, fighters who have fought more than once will form a somewhat weird “bond.” Sheer adversaries after the bell rings, but with mutual admiration as both have tested each other’s talents and capabilities to their limits. One’s strengths nullify that of the other, weaknesses supplemented by their resolve.

To determine who will take the ONE Championship Flyweight Title home, we need to know who will come out hungrier, who wants it more. It’s not a test of physical strengths and abilities anymore. It’s a battle of the mind. A battle of grit and a battle of beliefs.