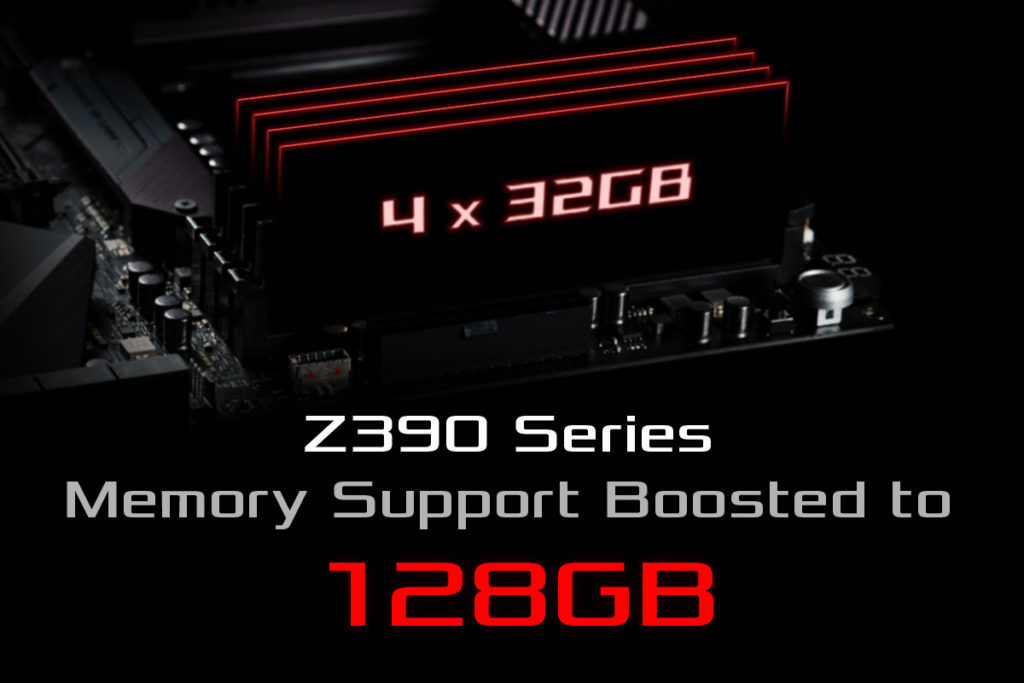 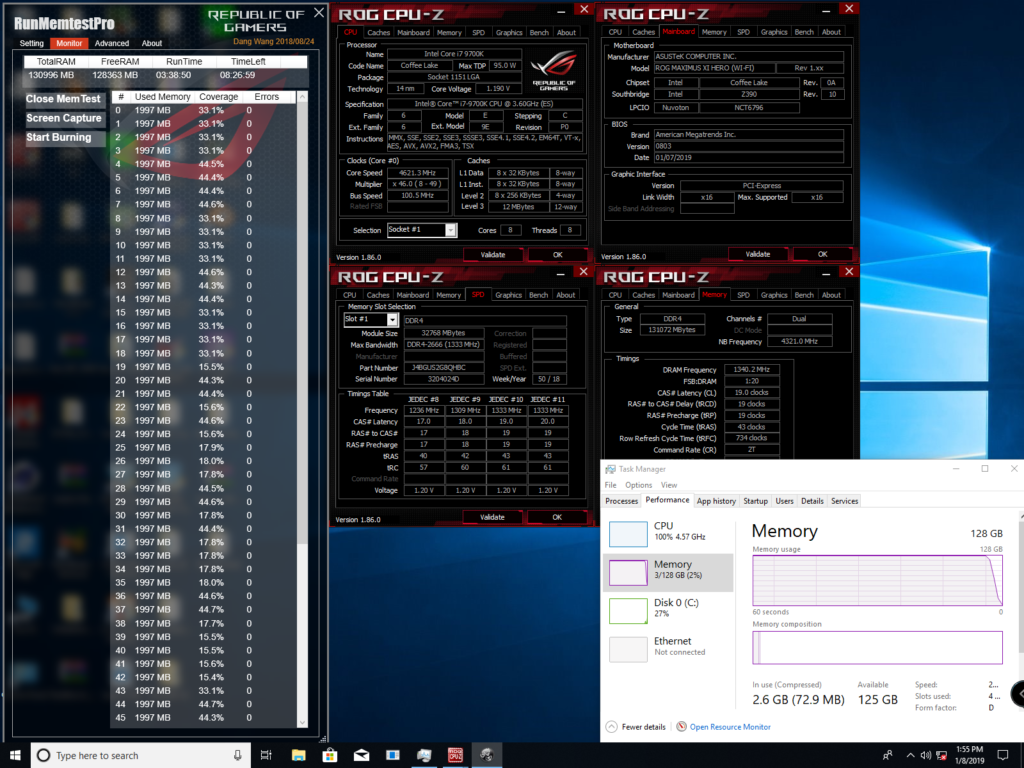 Manila, Philippines, January 11, 2019 — ASUS today announced that its Z390 motherboards will support a maximum DRAM capacity of 128GB via a UEFI BIOS update that’s being rolled out from today on the ASUS support site. ASUS will bring this increased memory support to all Z390 motherboards via additional BIOS updates that will be available soon.

Previously, support for 128GB of DRAM was available only on high-end desktop (HEDT) motherboards with eight DIMM slots, such as the Intel® X299 platform. Intel recently updated its memory reference code (MRC), enabling the memory controller in 9th Gen Intel Core™ processors to increase the supported capacity of each DIMM from 16GB to 32GB, resulting in a total system memory capacity of 128GB when populated with two DIMMs per channel (2DPC) on both memory channels. This increased memory support gives users more flexibility for running memory-intensive applications and tasks.