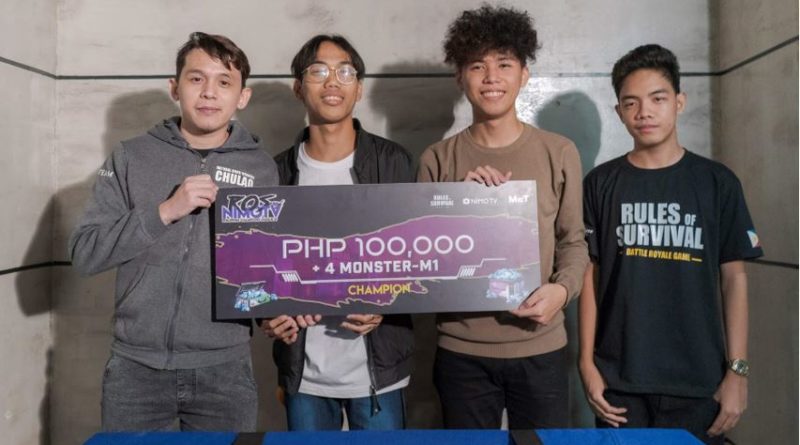 Sealteam Peenoise Wins in the Rules of Survival

Comprised of Jayson Tabin, Rexon Kerk Tanay, Jhoey Bhoy Buenaflor and Squad Leader John Kirk Magbanua, Sealteam Peenoise endured the Finals that lasted over 7 hours defeating 14 other squads. From a 2nd to the last finish during the first round, the team was able to recover by winning the third, fifth and sixth round giving them a total score of 3,065 enough to win the title. Savage Gaming comes in 2nd with a final score of 2,925, Team Marshall with 2,675 in 3rd, Comeback in 4th with 2,380 Points and Evo Groundz with 2,380 points in 5th.

The top 5 teams will represent the country in the upcoming Rules of Survival Southeast Asia tournament and will face other Southeast Asian teams to gain supremacy.