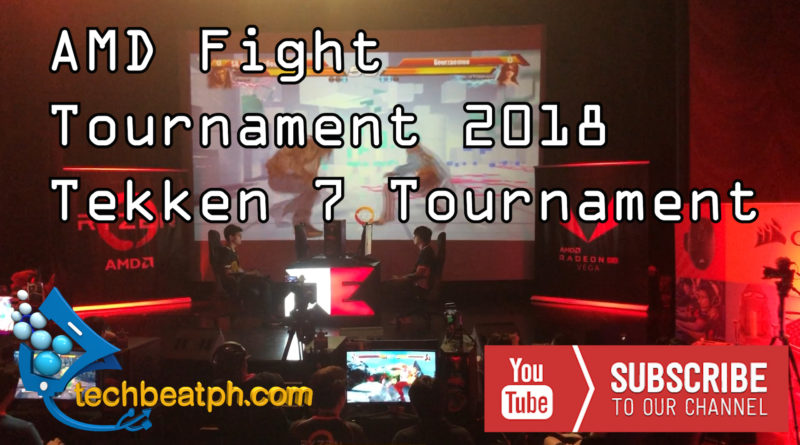 As the countdown trickles, renowned gamers pumped-up, the stage is set for this momentous event to determine who deserves to be crowned the very first AMD Fight Tournament 2018 Champion. Presented by AMD, together with MSI Gaming and organized by ACA RAISE Production & Marketing, November 30, 2018 “Bonifacio Day” is commemorated by a new breed of Pinoy warriors. Going to war in the digital battlefield and in the confines of Teatrino in Promenade Greenhills, serving as the perfect backdrop for the best of the best Tekken gamers from all around the Philippines.

The battle for eSport supremacy is tough as the players realize. Slowly, fallen warriors walked off the gaming platform and the victor, proud in his conquest prepares for yet another encounter. But in the end, there can be only one. Doujin vanquishes AK in hard-fought head-to-head competition to be the AMD Fight Tournament 2018 Grand Champion. Earning Php 30,000 in cash as well as other prizes in the process.

Definitely, eSport in the Philippines has come a long way since the first amateur competitions began gaining ground in the early 2000s. Thanks to the numerous computer shops which flourished in every corner of the country and backed by a slowly improving internet service. Talents develop their skills and compete for bragging rights against one another. As their cred (credibility) gradually grows in the gaming circle, gamers started competing in local sponsored events and eventually the international arena. In 2016, a team of Pinoy gamers impressed the world when they defeated the well-known favorites in the DOTA 2 Championships in the USA. Taking home Millions of Pesos in cash prizes and the adoration of eSport fans all over the world.

Next year’s forecast for eSport is predicted to be worth $19 Billion. Surely, this new spectator sport, born out of the ashes of burnt early transistors and capacitors, will power the next generation of professional eSportsmen and women in the years to come.