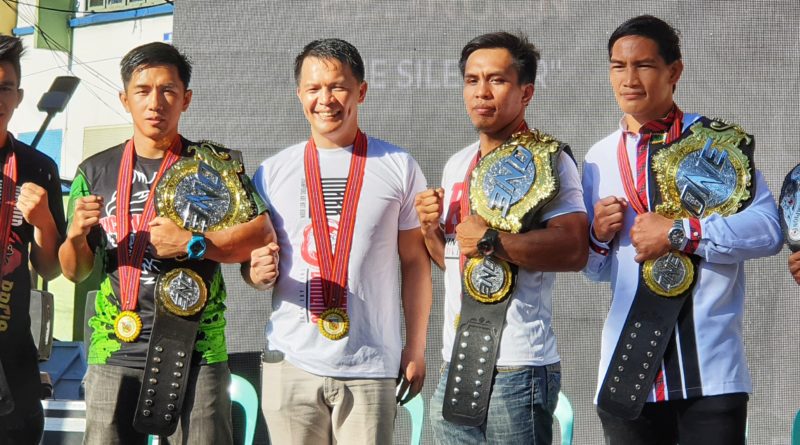 3 December 2018 – Baguio City, Philippines: Team Lakay were honored with a Champions Parade last Sunday, 2 December. Members of the world champion martial arts stable took to the streets of Baguio City in a motorcade to celebrate their achievements in 2018.

Accompanying the ONE World Champions were teammates Honorio “The Rock” Banario, Edward “The Ferocious” Kelly, Stephen “The Sniper” Loman, as well as Team Lakay head coach Mark Sangiao, among others. 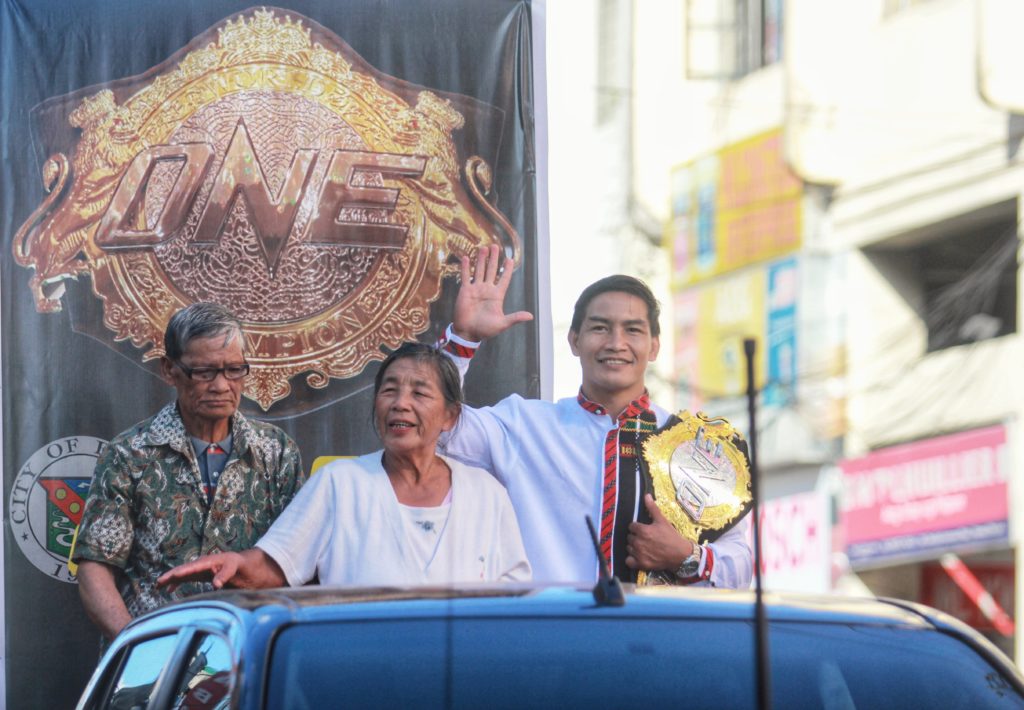 “We are just normal citizens of Baguio City with big dreams. We worked hard to achieve our goals and now we’re here. We believe the Cordilleran can compete with anyone in the world and we have what it takes to be the best in our chosen field. Hard work and dedication is all it takes to achieve success. The great thing about martial arts is that it’s not just about fighting, it’s about living. Martial arts is a way of life. It’s our way of life. It’s pushing through adversity, taking on any challenge and using the human spirit to achieve victory.” 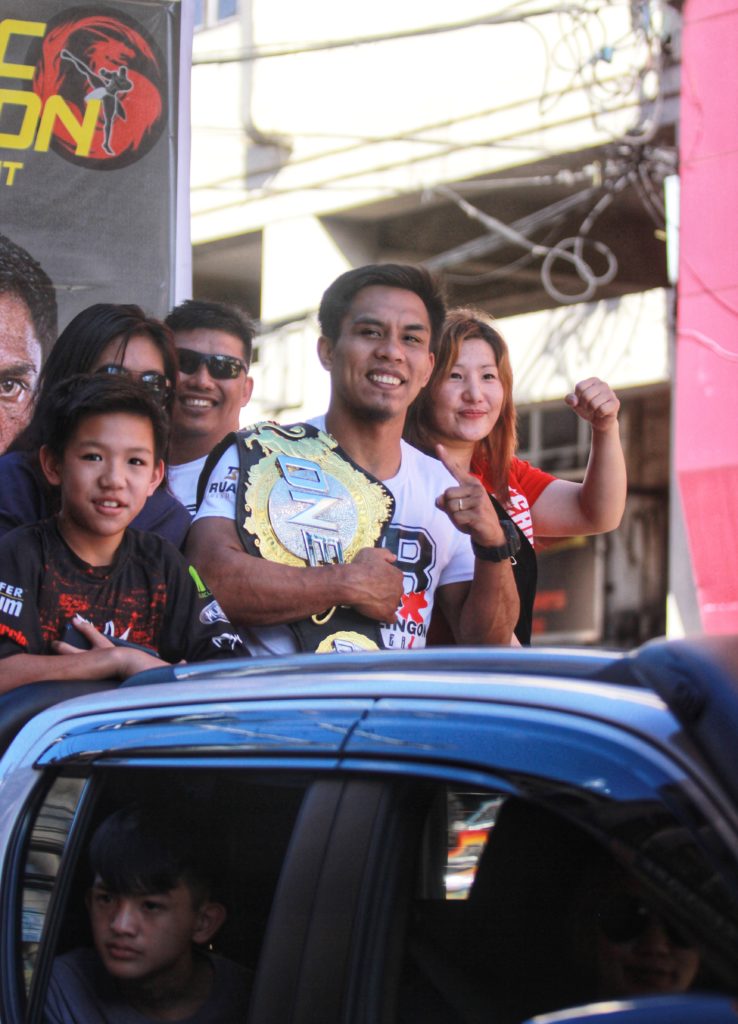 “I just want to thank everyone for the support. It means a lot to the team, and it means a lot to me. Thank you to the city of Baguio for organizing this motorcade for us. Thank you for the continued support for all martial artists and athletes here in Baguio and the Cordilleras. It is an honor to hold this belt in front of you all. It is an honor to be your champion.” 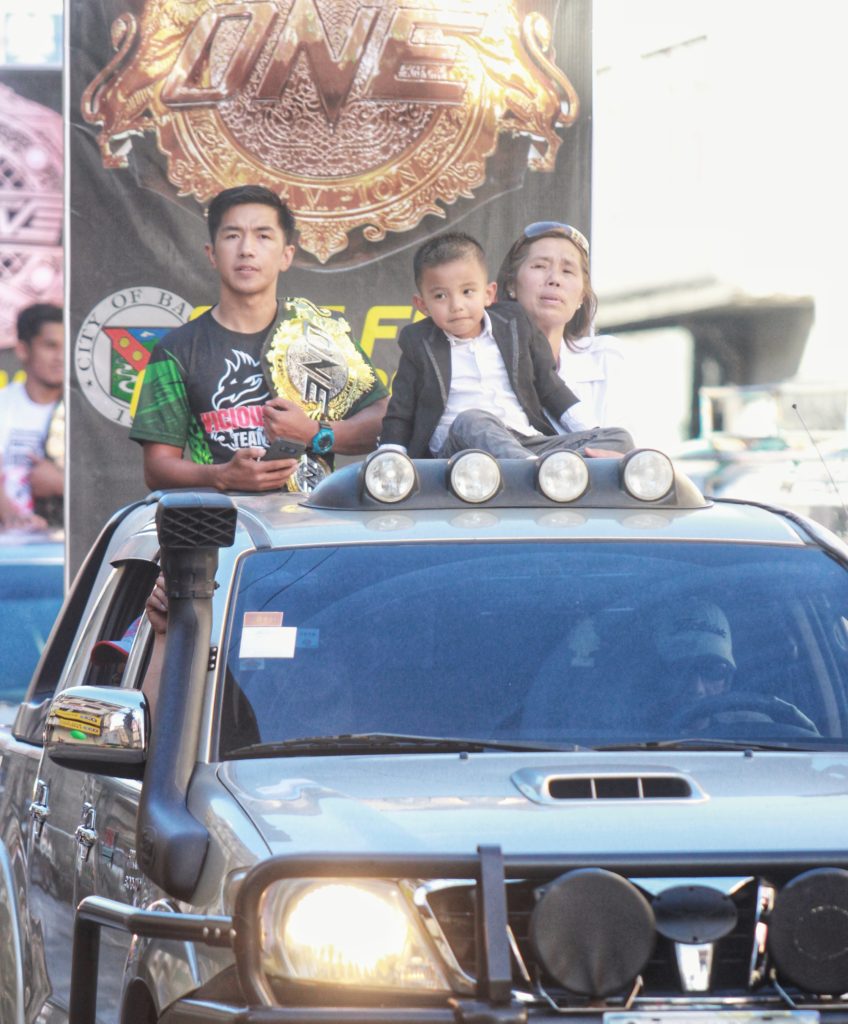 “We always say at Team Lakay that champions are not born, they are made. But we were made because of the people of Baguio City. We never claim victory as our own. This has always been the fruit of teamwork — the people behind the scenes: our family, our fans and supporters, sponsors and Filipinos all over the world. We feed off your positive energy and it serves as inspiration for us. We would never be able to achieve all that we have without your support. There are more victories to come, and together, we can reach all of our goals.” 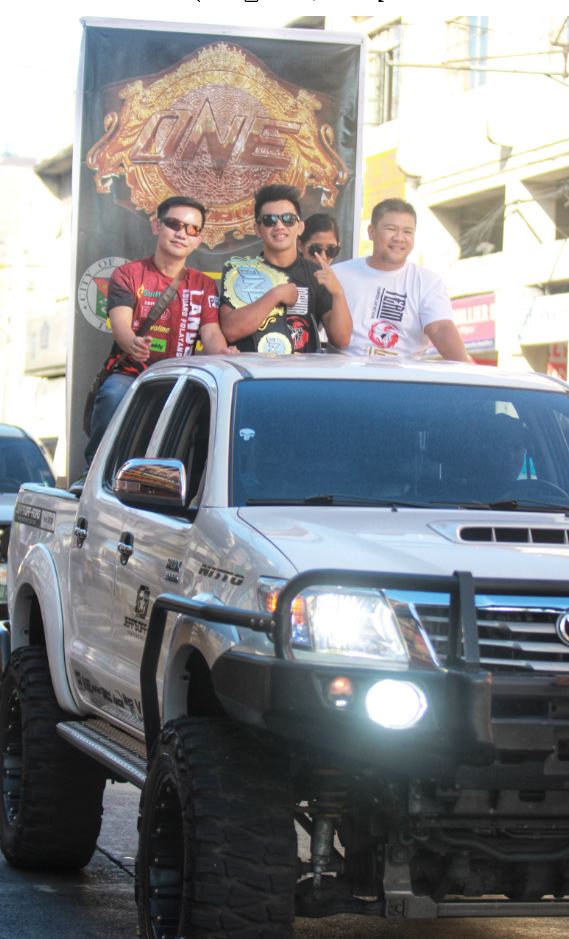 “Thank you everyone for all the support and prayers. It’s a happy time in Baguio City, where we can celebrate all our victories as one. This isn’t just our triumphs, but also the triumph of the entire Cordilleras. We pour in all the hard work, to improve and to keep getting better. We train during holidays, weekends, and sacrifice so much to bring glory to our country and to our city. But we could never have any success without your love and support. This year, we proved that the Philippines is world-class in martial arts. Next year, we plan to do the same again.”