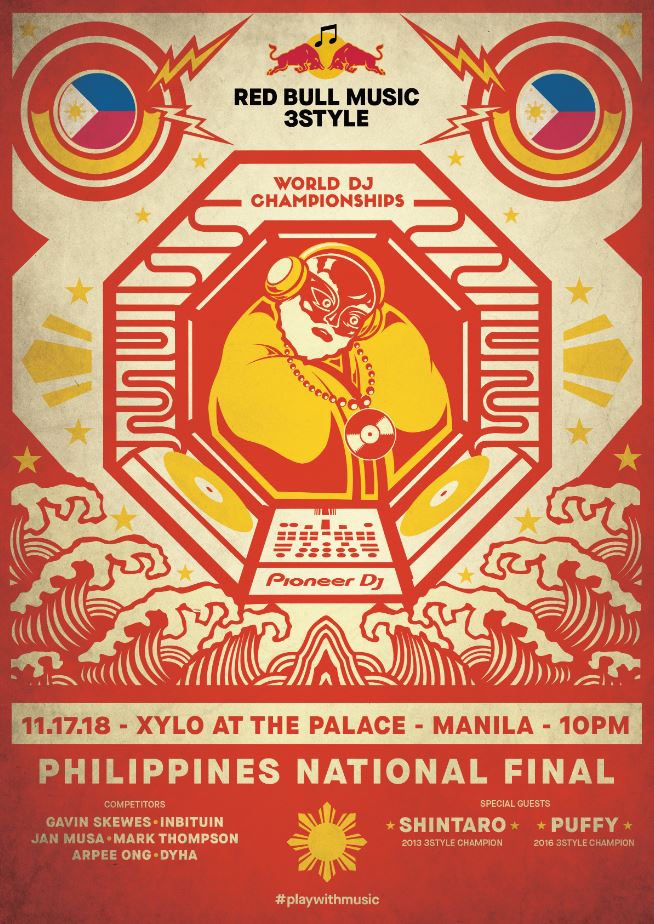 MANILA, Philippines – Red Bull Music 3Style is back in the Philippines for its fifth year as a nationwide tournament. The National Finals brings five (5) of the country’s top DJ’s to battle it out for a spot in the World Finals at Xylo at the Palace, in Bonifacio Global City, Taguig, on Saturday, November 17th, 2018.

This year’s selection of judges includes a number of the most influential names in the DJ scene.

For almost ten years, Red Bull Music 3Style has established itself as a premier global event. This year’s tournament brings DJs from 20 countries to go head-to-head at the World Finals in Taiwan to become the 2018 World Champion.