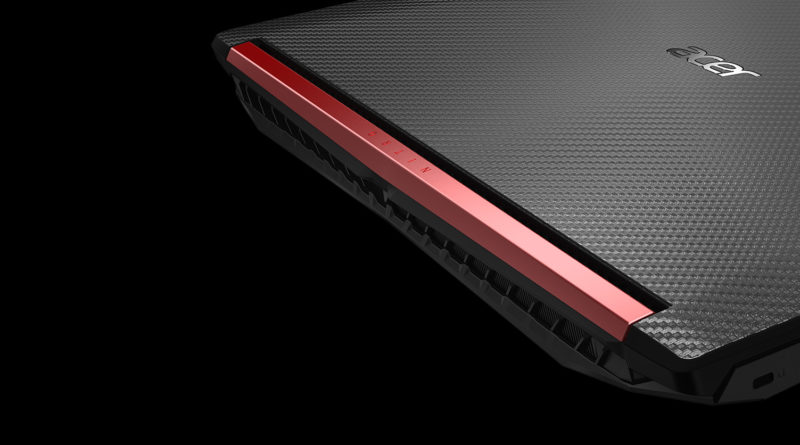 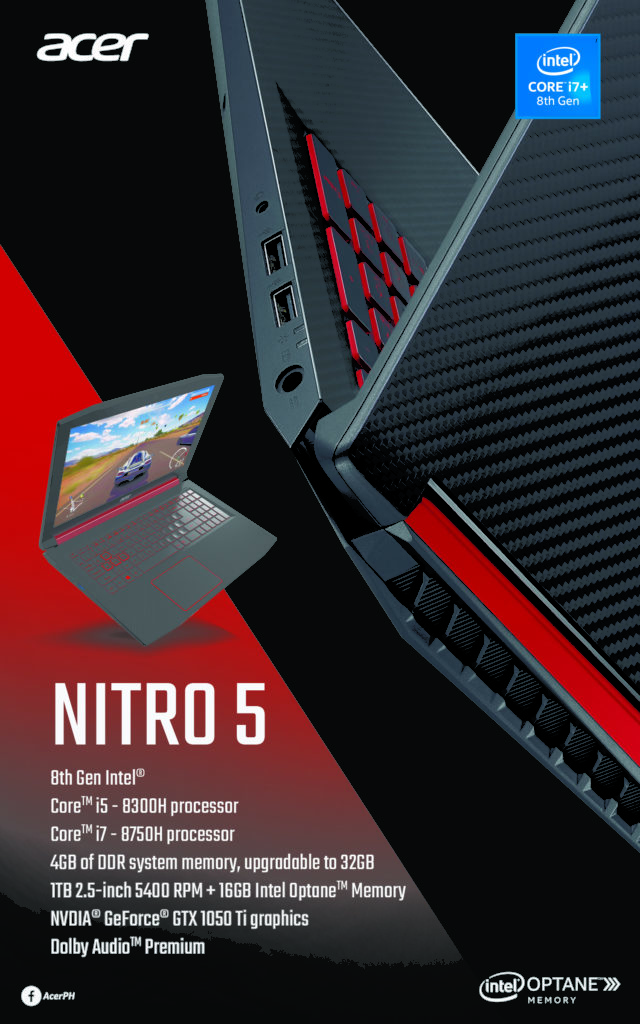 Manila, Philippines -- Acer Philippines unveiled its latest addition to the Nitro 5 gaming series: the Intel Optane-powered Nitro 5. Lauded for its refined styling and outstanding performance for casual gamers, the Nitro 5 is the first device to receive a speed boost from the Intel Optane Technology. Three Nitro 5 Intel Optane-powered models were launched last September at I Darts Dash in BGC. Acer is stepping up its game so to speak in strengthening their formidable line up with the addition of the Nitro 5. The Nitro 5's impressive and aggressive styling reflects the aggression gamers are known to possess. But its not what on the outside that fuels this aggression the ACER Nitro 5 also packs in the hardware to deliver high performance, Now with the addition of Itel's Optane technology it pushes the envelop on what the hardware can equip the gamers that edge to to get them to victory. Housed in a sleek black and red body, the Nitro 5 offers crushing audio thanks to the marriage of Acer’s TrueHarmony and Dolby Audio Premium, an intense high definition IPS display, a strategically placed 802.11 ac wireless antenna and 2x2 MIMO, and a plethora of ports to connect to almost any secondary device. 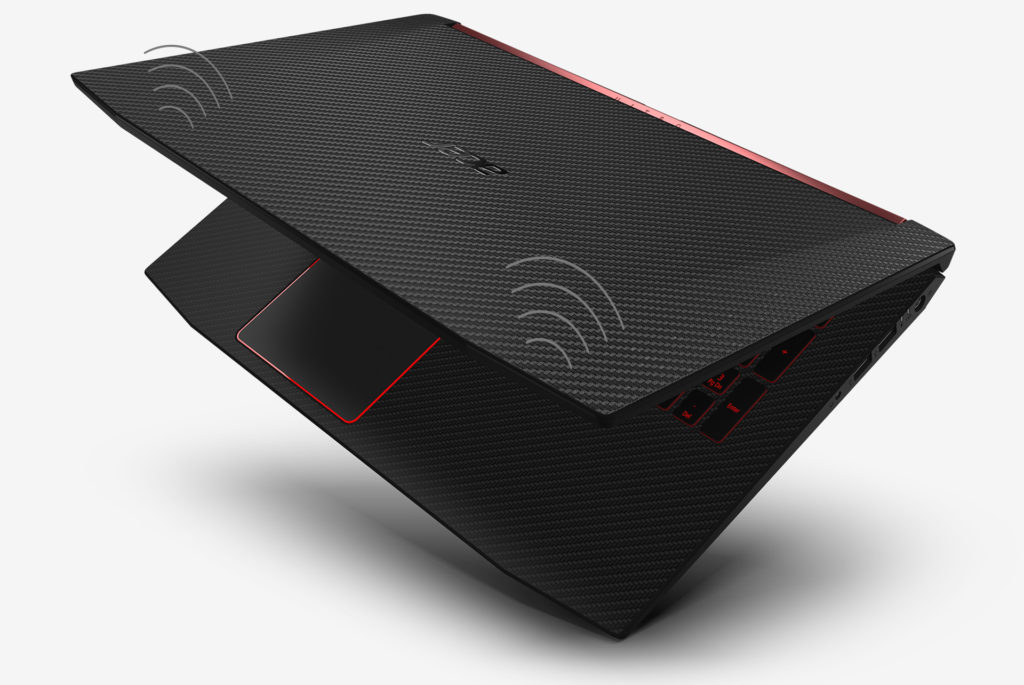 “Nitro 5 is all about providing a high-quality gaming experience for the casual gamer, but casual gaming doesn’t mean inferior features,” shares Sue Ong-Lim, Sales and Marketing Director of Acer Philippines. “In fact, with Intel Optane technology, the Nitro 5 is sure to immerse its user into an intensely satisfying gaming experience.” Built for Performance and Control The Acer Intel Optane-powered Nitro 5 offers an improved six-core design, an emphasis on premium performance so users never drop a frame or miss a beat while the action unfolds, and Intel Optane memory that increases responsiveness and load times. NVIDIA GeForce GTX 1050 Ti graphics allow for a truly immersive graphics experience with faster rendering, finer textures, and dynamic lighting to snipe enemies hiding in even the darkest shadows. Up to 512 GB of NVMe PCIe solid-state storage is available on the Nitro 5, providing plenty of space for apps and games while enabling ultra-fast booth up times. The Nitro 5 features up to 32GB of DDR4 memory, which draws 20% less power than DDR3 memory for more efficient gaming sessions. Once on the battlefield, Acer’s NitroSense utility monitors the status of the CPU/GPU, while CoolBoost Technology adjusts the fans for optimal performance.

Styled for Domination The Nitro 5 offers bold refinement not commonly seen in a gaming laptop, thanks to its elegant laser texturing and understated matte hinge. The crimson red hinge beautifully matches the futuristic design of the backlit keyboard, while the 15.6-inch Full HD IPS display produces brilliant imagery with crisp details. A front-facing HD web camera lets users strategize with the squad as they prepare to unleash terror on the competition and celebrate together after victory is secured. Users can also easily broadcast games live with Mixer, directly from the Game bar on Windows 10 simply by pressing the Windows key plus G. Audio Excitement and Gigabit Wireless With high-quality audio as an essential component for gaming, Dolby Audio™ Premium and Acer TrueHarmony™ technology ensure the finely-tuned speakers pick up on any would-be attackers entering the scene. The Nitro 5 features Intel® Wireless-AC 9560 2×2 802.11ac wireless which offers Gigabit performance that enhances gaming, streaming, and conferencing experiences. A plethora of ports including hyper-fast USB Type-C, HDMI 2.0, and Gigabit Ethernet are included so users are prepared for every mission whether at home or on the go. Pricing and Availability The Acer Nitro 5 Intel Optane-powered laptops are now available starting at PHP 59,999.00 for Core i5+ and PHP 69,999.00 for Core i7+. For more Tech Lifestyle News and Features Visit us at Techbeatph.com and Visit our Youtube Channel here.