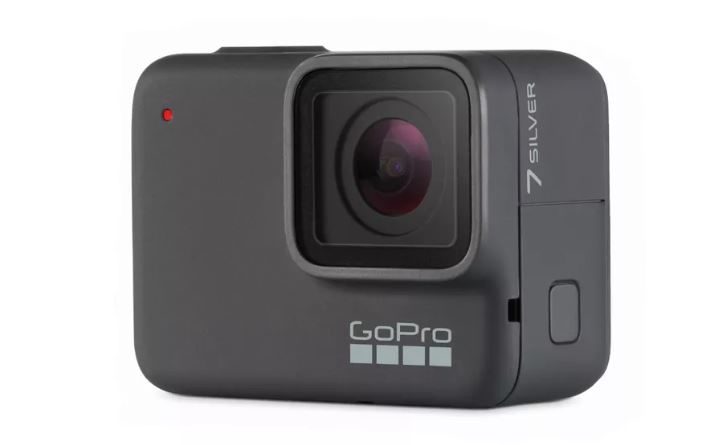 B&H Photo has Just leaked that there will be 3 new version in the newest iteration on the GoPro Action cameras these will be: the top-end Hero7 Black, the mid-range Hero7 Silver, and the Hero7 White entry-level camera.

The flagship camera is the Hero7 Black has the ability to stream live video. Its 12-megapixel sensor can shoot 4K video at 60 frames per second with GoPro’s “HyperSmooth” digital image stabilization, which GoPro states that will be equivalent to gimbal like image stabilization. Hero7 Black can shoot at a maximum 4K bitrate of 78Mbps. It can also record in 2.7K at 120fps, or 1080p “super-slow-motion” at 240fps. It supports raw photo capture, and stereo or raw audio. Better yet, the Hero7 Black can be fitted with an optional adapter for use with an external mic to grab better sound.

FINALLY AN ADAPTER FOR AN EXTERNAL MIC

Hero7 Silver scales things back with a 10-megapixel sensor capable of 4K30, 1440p60, and 1080p60 video with GoPro’s traditional stabilization, and a maximum 4K bitrate of 30Mbps. Hero7 White shoots stabilized 1080p60 video. We believe this is the best value for money from the 3 models. Unfortunately, as we are writing this feature there is still no

The Hero7 Black features a removable battery. As usual with GoPros the cameras are waterproof up to a depth of 33 feet without a housing and has a two-inch touchscreen, time-lapse, voice control, and a vertical capture mode for sharing to social media sites that eschew the landscape format. The usual bells and whistles we come to expect from the action camera.