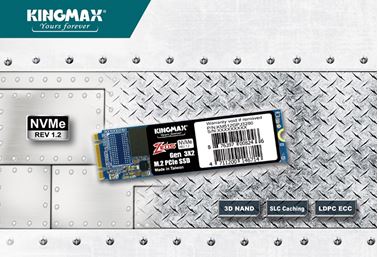 Satisfies the need for upgrades where speed is of paramount importance
KINGMAX, a world-renowned professional memory manufacturer, has consummated its product line of M.2 2280 PCIe NVMe solid-state drives (SSDs), providing users who want to improve their PC performance with a greater variety of choices. In addition to the ultra-fast M.2 PCIe SSD PX-3480 (Gen3x4) and the PX-3280 (Gen3x2), the affordable/entry-level PJ-3280 (Gen3x2) has also been introduced, allowing users who are considering turning to SSDs to boost their computer performance a higher-speed and more economical option aside from 2.5-inch solid-state drives.
An increasing variety of motherboards or notebooks are currently available on the market, including motherboards equipped with Intel Z270, X99 and the latest 2 Series/3 Series chipsets, all of which are equipped with the M.2 PCIe interface as standard equipment to enable future upgrades. As long as the M.2 slot is the M key version, a solid-state drive that comes with the M.2 PCIe interface can be employed to push the speed and performance of a computer to higher levels. The KINGMAX M.2 2280 NVMe SSD PJ-3280 (Gen3x2) is manufactured using 3D NAND Flash stacking technology, making it highly efficient, stable and durable. Meanwhile, the M.2 2280 is 22×80 mm in size and is available in capacities of 128GB, 256GB or 512GB, suitable for improving the performance of space-challenged notebooks and ultrabooks while expanding capacity.
The speed of the PCIe Gen3x2 (16Gb/s) interface is inherently much faster than that of SATA III (6Gb/s). The PJ-3280 solid-state drive, which supports the NVMe high-speed transmission interface, features actual reading and writing speeds of 1,600 MB/s and 950 MB/s respectively in its maximum 512GB configuration, which is around twice to 3 times as fast as the reading and writing speeds of an average 2.5-inch SATA III SSD. Therefore, for computer users and e-sports players to whom speed is of paramount importance, solid-state drives with M.2 PCIe interface will be their best solution in the pursuit of speed. The entry-level KINGMAX PJ-3280 will also be the best choice for users who are switching to M.2 PCIe SSDs for the first time.
Owing to its pursuit of, and commitment to, high-quality products, KINGMAX has adopted lead-free manufacturing processes while abiding by the EU RoHS directive for environmental protection and obtaining the CE certification. All products pass thorough and rigorous testing before they are shipped out from factories in order to ensure that they achieve the highest quality, reliability, and compatibility. Moreover, the company also provides well-rounded warranty services, which serve as the best quality assurance in which consumers can trust.
For more information, please visit KINGMAX website: http://www.kingmax.com.tw 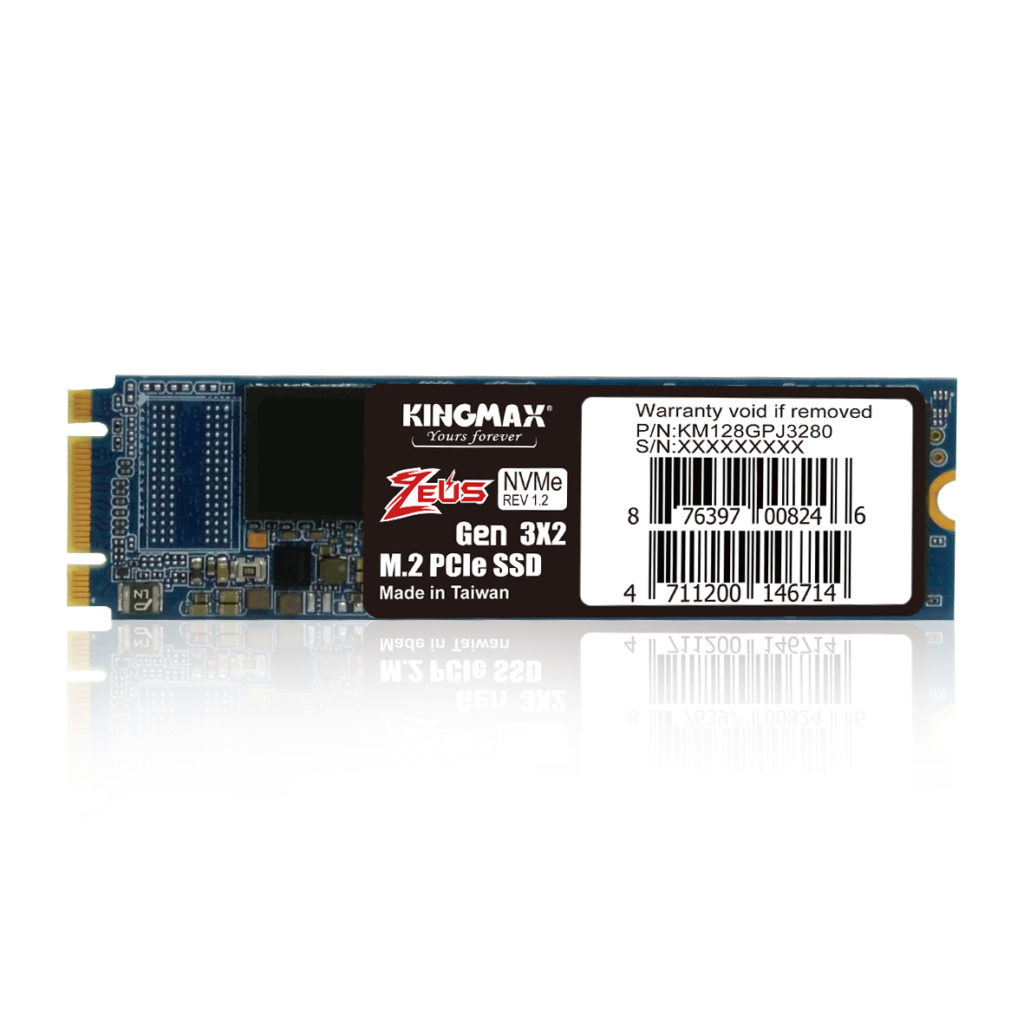