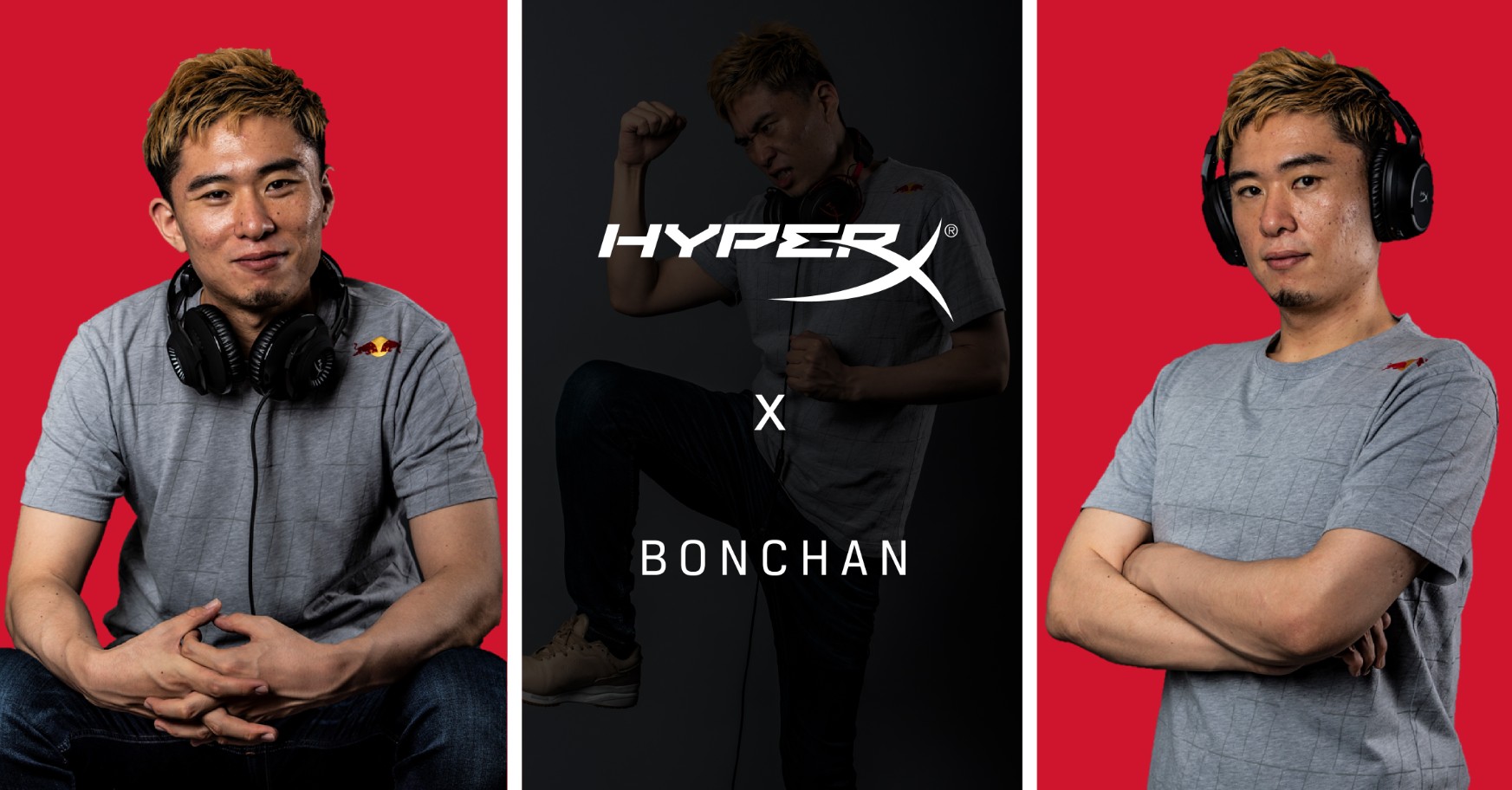 HyperX, the gaming division of Kingston Technology, today announced the official headset sponsorship of Masato “Bonchan” Takahashi, also known as “The King of Sagat Players.” Bonchan, a Red Bull athlete, is beloved by many fans because of his devotion to fighting games and its community; HyperX will provide him with premium gaming headsets for tournaments, daily practice and live streaming.
As a world-renowned fighting game pro player, Bonchan earned his success the hard way. He started with Ryu as his main character but did not find much success in the beginning of the game’s lifespan. To make self-breakthrough, Bonchan switched to Nash and slowly started to climb through the ranks again. He proved himself as the best Nash player in the world by winning Saigon Cup 2017, The Colosseum 2017 and the champion of Battle Arena Melbourne 9. His never-give-up spirits towards fighting games deeply moved many fans, making him one of the most popular fighting game players globally.
“HyperX is known for supporting fighting game community,” said Bonchan. “Their headsets provide the ultimate comfort and audio quality I need for gaming and streaming. I look forward to wearing it and winning every important match.”
“We welcome Bonchan to join the HyperX Family, following the steps of a few Japanese fighting game players such as Daigo, Echofox’s Tokido, Momochi, and Chocoblanka,” said Susan Yang, Marketing Director, APAC Region, HyperX. “By supporting these globally top players, HyperX aims to help players bring out their best game and ultimately elevate the popularity of fighting games in the global gaming arena.”
For More Tech Lifestyle News and Features Visit us at Techbeatph.com and Visit our Youtube Channel here