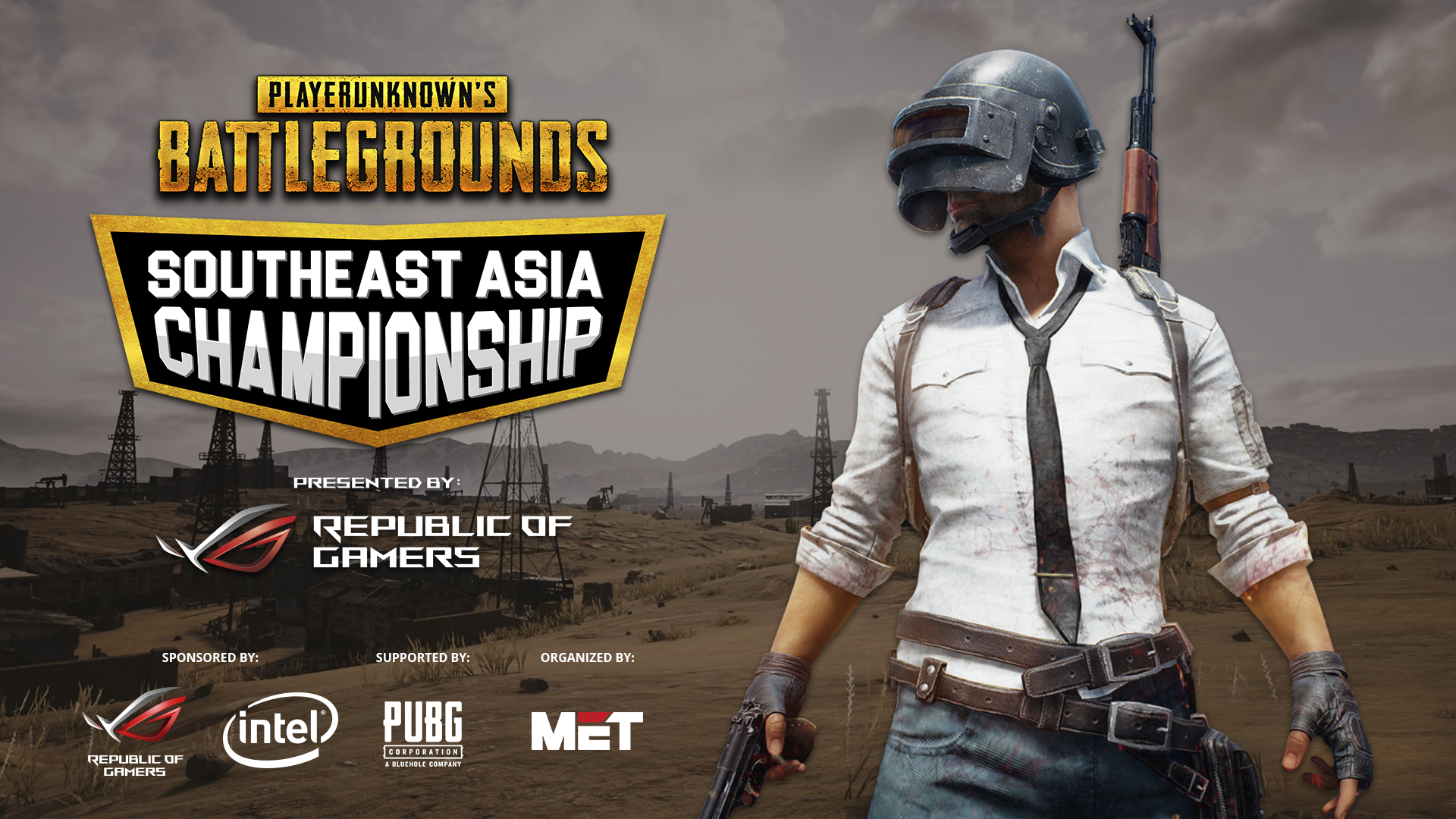 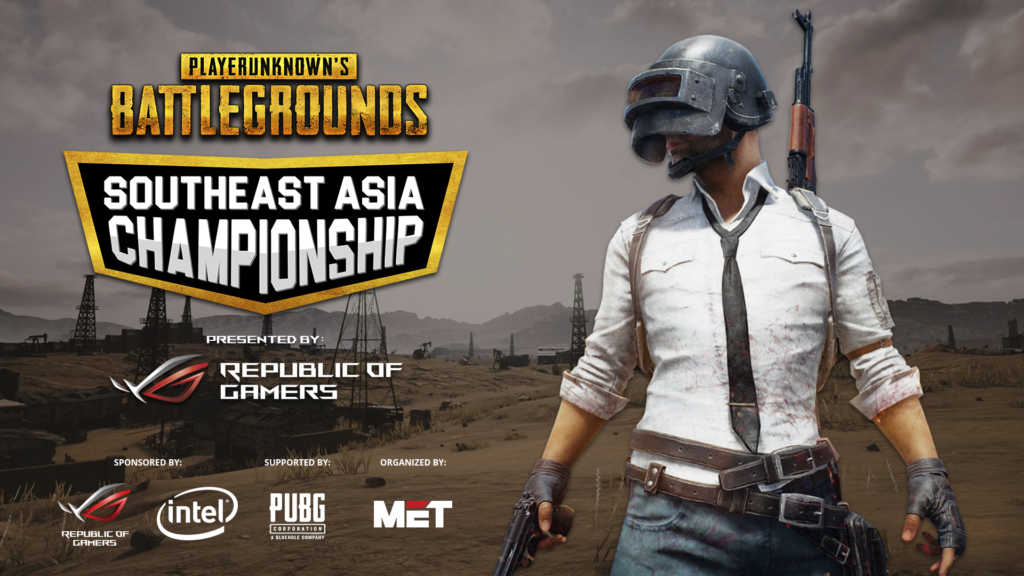 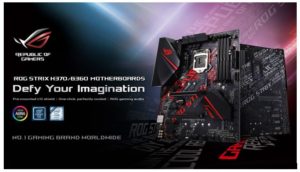 ROG Strix B360-H GAMING
The next-generation Republic of Gamers (ROG) Strix B360-H motherboard comes with all the enhancements that gamers crave, new cyberpunk aesthetics and performance to match.
Signature features can be found in the motherboard, from DIGI+ VRM circuitry that delivers reliable power to the CPU, to OptiMem trace routing that improves memory signaling, resulting in increased stability and performance. Its UEFI BIOS makes it easy for users to fine-tune their rig.
Sporting the new cyber-text design and Aura Sync RGB lighting, the B360-H brings out the neo-gamer in its users with customizable, futuristic rig aesthetic. The motherboard also provides better cooling for gaming by intelligently adjusting the speed of system fans based on the GPU temperature of select ASUS and ROG graphics cards. 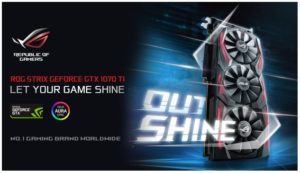 ROG Strix GTX 1070Ti
Strix GeForce GTX 1070 Ti is engineered with AutoExtreme Technology, MaxContact, and patented WingBlade fans for advanced cooling and reliability features to deliver ultrafast performance, plus Aura Sync illumination for the ultimate in PC personalization. Strix GeForce GTX 1070 Ti is overclocked out of the box to ensure heightened performance at higher graphics quality. Gamers can even get more performance via the use of our acclaimed GPU Tweak 2 software. 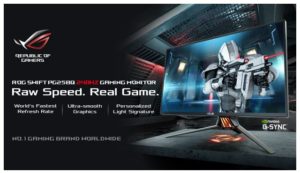 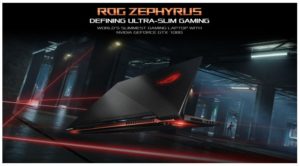 ROG Zephyrus
Proven since last year, the ROG Zephyrus is a revolutionary gaming laptop born from ROG’s persistent dedication to innovation.
The New ROG Zephyrus GX501 is still the world’s thinnest gaming laptop with a GTX1080 Max-Q and more. Featuring the ROG exclusive Aerodynamic Active System (AAS), the GX501 is able to maintain the power of Intel’s most powerful CPUs and a discrete GTX1080 under great temperatures. Equipped with Intel’s Hexa-Core Core i7-8850H and upgrades the display to an ultra-fast 144 Hz refresh rate IPS panel with G-sync, it’s the world’s most powerful Ultrabook. New to the GX501 this year is the AURA Sync capability and a 1TB PCIEx4 NVME SSD option.

ROG Zephyrus M
Building from the success of the GX501, the new Zephyrus M GM501 series is upgraded with individually-lit keyboard keys with Aura Sync, 3x better battery life and a new Optimus mode that allows the GPU to be switched off when not gaming. Featuring the ROG Active Aerodynamic system, fan size is increased by 33%, airflow by 15%, and the fan blades to 71. This is further boosted by the Hyper-Cool design with Duo-Copper Thermal solution, 12-volt fan and Anti-Dust Thermal tunnels for maximum cooling efficiency. With this improved thermal design, the Zephyrus M can house a full powered GTX1070P inside its ultra-thin chassis.
The Zephyrus can be configured with an 8th Generation Intel Core i7-8850 Hexa-Core Processor, 2TB HDD and 512gb PCIEx4 Nvme SSD, 32GB of DDR4 Ram and a 144Hz IPS Panel with G-Sync. 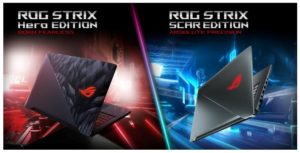 ROG STRIX HERO AND SCAR SERIES
The GL503 Series is as packed as ever! With New Intel Core i7-8850H Hexa-Core Processors, up to 32GB of Ram, 2TB of HDD and 512GB of PCIEx4 NVME SSD, paired with up to a GTX1070 – the GL503 is your best weapon to dominate the battlefield. The new Hero Edition now features 100% sRGB IPS display paired with 120Hz refresh rate while the NEW Scar Edition upgrades its response time to a 100% sRGB screen with super-fast 5ms response time for the most demanding FPS-Games. The GTX1060 and GTX1070 variants, on the other hand can be upgraded to a 144Hz screen so that gamers can maximize the power of their GPU.
The Strix GL series also features the new 12V fan with Anti-Dust Thermal tunnels for maximum cooling and efficiency paired with an upgraded version of the ROG Gaming Centre for the ultimate control. 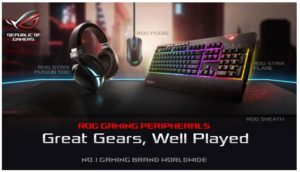 ROG Strix Flare
ROG Strix Flare is an Aura-Sync compatible RGB mechanical gaming keyboard that combines top-notch performance with ergonomic comfort and brings customizable style to a whole new level. Constructed with Cherry MX RGB switches, every press is of optimal actuation to deliver satisfying and reliable keystrokes. Dedicated media keys, including a convenient volume wheel, are located on the upper left of the keyboard for instant access. A USB pass-through port lets gamers connect a mouse or other device, and a detachable wrist rest provides extra comfort during extended gaming sessions.
ROG Pugio
The ROG Pugio gaming mouse offers a truly ambidextrous design with configurable side buttons, so gamers no longer have to alter their natural grip style to avoid accidental clicks on unwanted side buttons. The optical gaming weapon also features an exclusive push-fit switch-socket design, allowing gamers to easily vary click resistance and extend the lifespan of the mouse by replacing the mouse switches. Pugio’s performance is topped off with aggressive aesthetics and dynamic ASUS Aura Sync RGB lighting.
ROG Strix 500
ROG Strix Fusion is the world’s first gaming headset to have headset-to-headset RGB lighting synchronization through Aura Sync. These can be controlled via Bluetooth® to synchronize across multiple headsets at once via a dedicated mobile app for Android™ and iOS — eliminating the need for pausing during gameplay. Strix Fusion comes with virtual 7.1-channel surround sound onboard, which combines with our in-house-tuned Essence drivers to provide full, rich surround-sound experiences.
ROG Sheath
ROG Sheath is an extra-large mouse pad optimized for all kinds of gaming mice. ROG Sheath features a woven surface that gives it excellent mouse tracking qualities for smooth, precise control. Designed for the marathon gaming sessions, ROG Sheath has a non-slip ROG-red rubber base that secures it firmly to any desktop surface, and stitched edges that resist fraying.

ROG Supports the Community
Aside from the winning prize of the tournament, ROG will grant the top squad of the country final with four ROG PC sets worth almost P500,000.00 to enable them to prepare better and achieve global dominance. “The intention of giving such reward is not only to promo PUBG and ROG to end users. “we also want to help our champions from country final to prepare better and help the Philippines to win the glory from regional final and even the world championship in Berlin of this July,” share Mr. Lin.
Official Tournament by PUBG
PlayerUnknown’s Battlegrounds (PUBG) is the internationally acclaimed 100-man battle royale eSports developed by PUBG Corporation. Together with ROG, they are setting the grandest stage for aspiring gamers in Southeast Asia to win its inaugural competition. Happening in six countries, each national final shall have its top squads go to the regional finals to be held in Thailand on June 23 and 24, 2018. The winner of the regional finals will represent the whole region in the PUBG Global Invitational, set to happen in Berlin, Germany in July 2018.
Event details:
National Qualifiers
• Philippines: May 5 – June 3
• Indonesia: April 28 – May 13
• Malaysia / Singapore: May 5 – May 27
• Thailand: May 7 – June 10
• Vietnam: June 16
National Finals
• Philippines: June 9 – 10
• Indonesia: May 19 – 20
• Malaysia / Singapore: To be announced soon.
• Thailand: June 22
• Vietnam: June 16
Regional Finals
• SEA Finals: June 23-24, 2018 in Thailand
For More Tech Lifestyle News and Features visit us at Techbeatph.com