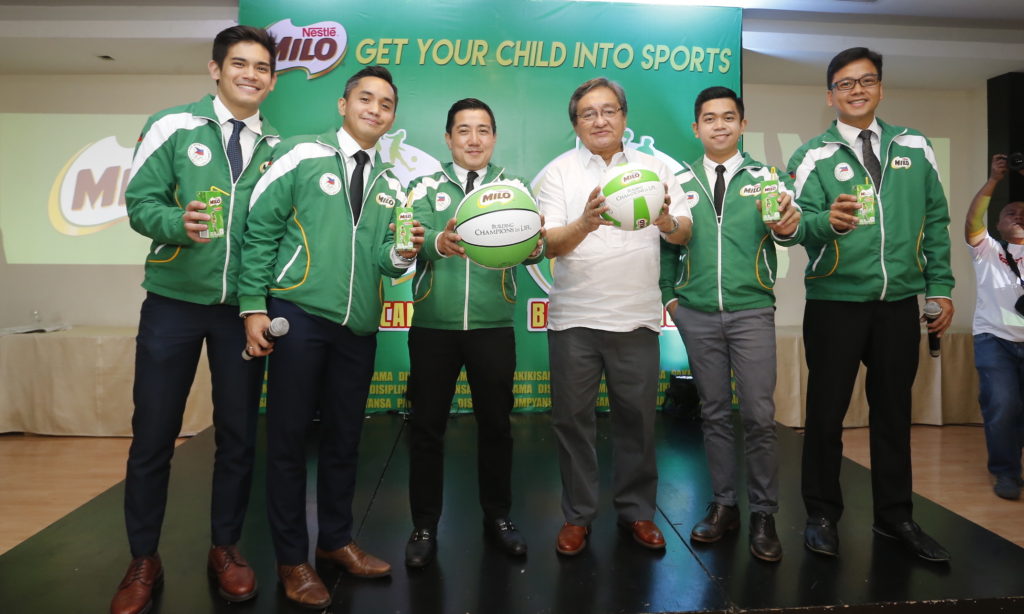 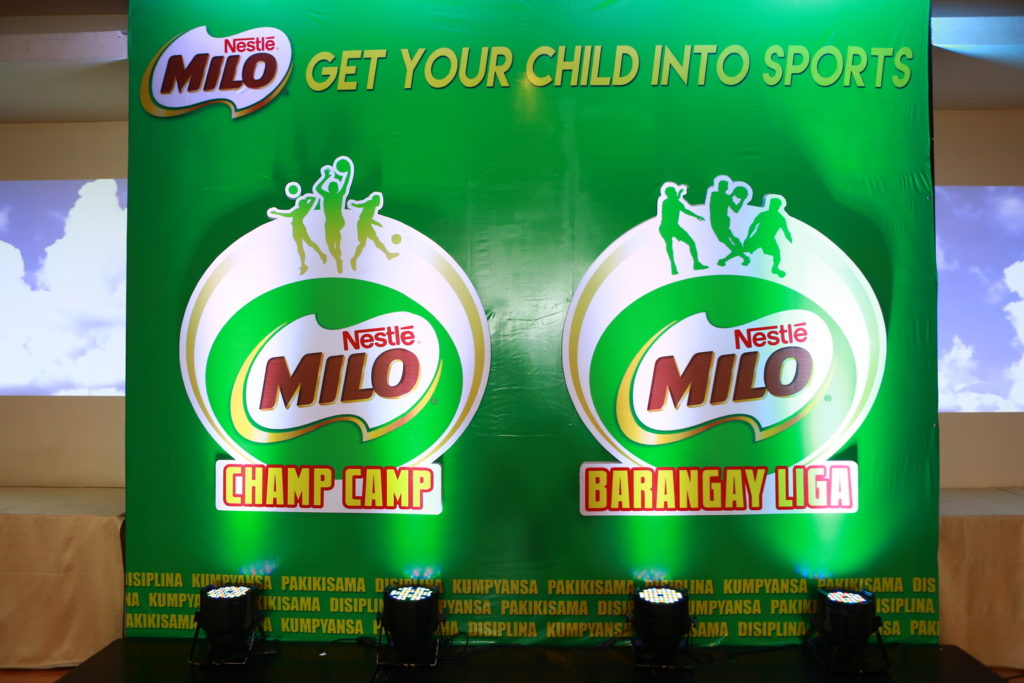 MANILA, Philippines, 19 April 2018 – MILO Philippines continues its unwavering commitment to give the Filipino youth more opportunities to get into sports with the launch of their newest sports programs, the MILO Champ Camp and the Barangay MILO Liga. Over the next two years, these programs aim to bring sports closer to grassroot communities by engaging over one million students and 60,000 parents through the MILO Champ Camp and over 500,000 residents in 300 barangays with the Barangay MILO Liga.
“MILO is proud to kick off these two latest additions to our growing portfoilo of grassroots sports programs, which will be offered for free. It is our hope that by reaching out to different public schools and barangays around the country that more parents and kids will realize the value of sports, and ultimately build a nation of champions,” expressed Willy de Ocampo, Vice President, Nestle Philippines, Inc.
Reinforcing sports in a child’s holistic development with MILO Champ Camp
For many years, MILO has had a longstanding commitment to support educational programs by providing students access to sports and encouraging them to lead active and healthy lifestyles. The MILO Champ Camp is a nationwide school tour that aims to spark the interest of students for sports and promote the importance of the values learned through it.
In partnership with the Department of Education (DepEd), the MILO Champ Camp will tap skilled youth coaches to teach elementary students the basics of basketball, volleyball, and football, while offering parents insightful talks on the value of getting their children into sports and the importance of giving proper nutrition and energy to start their day. This year, the MILO Champ Camp will roll out in 300 public schools in key cities around the country, estimating participation of 500,000 students and 30,000 parents.

“Learning continues outside the classroom, and we at MILO want to reach out to both parents and kids by providing an interactive glimpse into popular sports. We want to introduce the basics of popular ball sports by offering a hands-on experience for elementary students, and give importance to sports in the child’s overall development,” said Kevin Mauricio, MILO Consumer Marketing Activations Executive.
Bringing sports closer to grassroots communities with Barangay MILO Liga

The Barangay MILO Liga seeks to elevate the yearly community-based tournaments during the summer break through the rehabilitation of facilities and sharing of MILO’s sports advocacy to residents of barangays across the country. By refurbishing basketball courts and mounting events that will unite the community and encourage children to participate in dynamic gameplay, Barangay MILO Liga will help Filipino youth become more active, and inspire residents to become more engaged in their communities.
The Barangay MILO Liga program, which spans 100 barangays in as north as Baguio and as south as General Santos City for its maiden year, also aims to modernize the community’s sports facilities, transforming them into MILO Courts of Values. Improvements to be made include repainting or restoration of basketball courts and supplying brand new sports equipment.

“All these efforts are being made so that the barangay’s young residents, and even children from surrounding communities and nearby schools will have access to well-conditioned sports venues and become inspired to go out and play. We want to encourage kids in the barangays to become more active through sports, and not be too consumed with their gadgets,” said Lester P. Castillo, MILO Sports Executive. “We envision Barangay MILO Liga to be a training ground for young athletes to pick up at least one sport, develop their skills, and hone their character as future champions. We are very thankful to the barangays who have partnered with us to rally behind this advocacy.”
The Barangay MILO Liga began mid-March and is set to culminate in their respective barangay tournament finals some time late April to May. 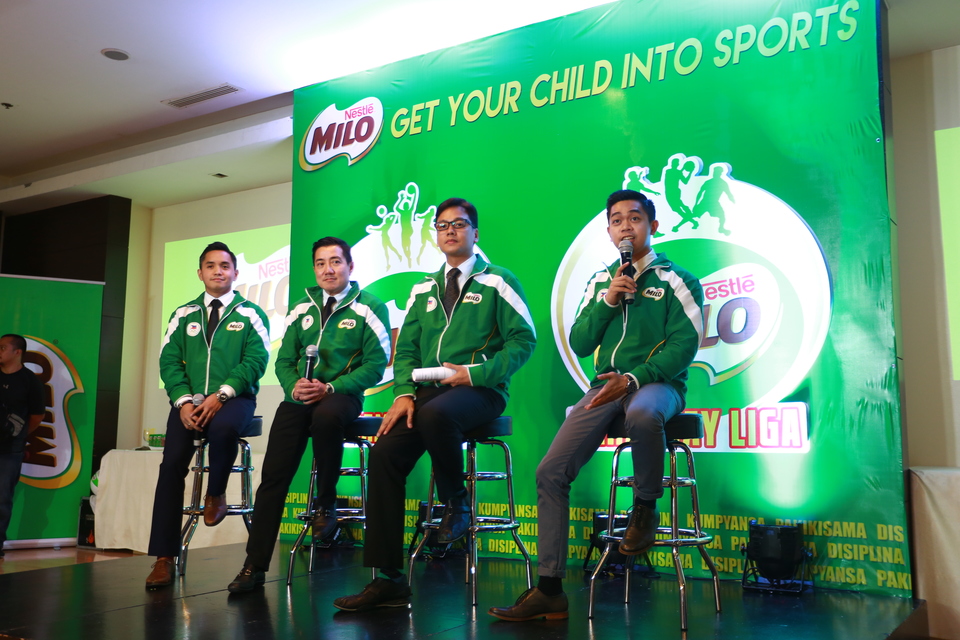 “We are very honored to have this meaningful partnership with MILO in advocating sports to the youth. Both the Barangay MILO Liga and the MILO Champ Camp are admirable programs that extends values education of children outside the classroom,” shared Usec. Atty. Tonisito Umali of the Department of Education.
For More TechLifestyle News and Features visit us at Techbeatph.com