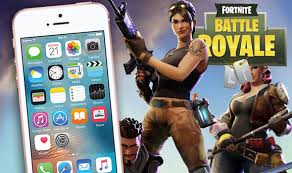 Fortnite Mobile makes USD & Million in the 1st 7 days
The game’s publisher’s, Epic is racking in the cash.

Epic Games – The recently released iOS game Fortnite has been recently cashing in on the game’s appeal to the mobile user. In a recent report by Epic Games for earnings on iOS, the game has been lording it over heavyweight games such as Candy Crush Saga, Clash of Clans, and Pokemon Go. On a weekly revenue basis, earning $6.4 million in the last seven days compared to Candy Crush Saga’s $5.8 million. But you can argue that the games mentioned are on average about 3 years old and are long in the tooth. But the games which we mentioned has been lording over the earnings and has become stable earners for their respective publishers. Unlike the other games which sell you power-ups which can help you progress in the game. Fortnite sells you fun and customizable skins. They also offer a subscription to the something they called the “Battle Pass”.
The game has become a worldwide phenomenon due to the stars aligning in terms of timing, Epic’s free-to-play model and traction in popularity that Battle Royale games having lately. The battle royale games have been popularized by Player Unknown Battle Grounds (PUBG) where Fortnite from which Epic borrowed the concept of parachuting into a desert island and the last person remaining will be the victor. Fortnite has a very cartoonish feel to it and is more kid-friendly.
One more key to the success is that Fortnite is that it is a direct copy of the console game. Down to let you save all the extras you have purchased which give the players confidence in continuing to buy more stuff to customize their Avatars.
For More Tech Lifestyle news and Features Visit us at Techbeatph.com