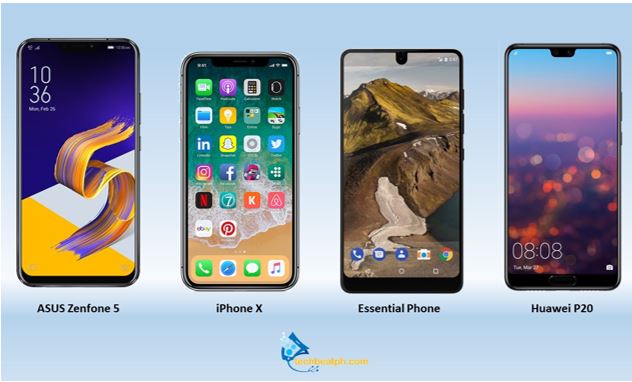 Smartphone Notches – The Newest “In” Trend

With recently concluded MWC 2018 in Barcelona, a trend started during the introduction/launch of the newest line-up of the latest Smartphones.
It was the Essential Phone who started the next “In” feature for Smartphones but it was the Apple iPhone X which inspired the others to follow – The Smartphone Notch as it is now known has been a somewhat staple of the nature of majority of the newest offerings from ASUS, Huawei, LG and Oppo among others. 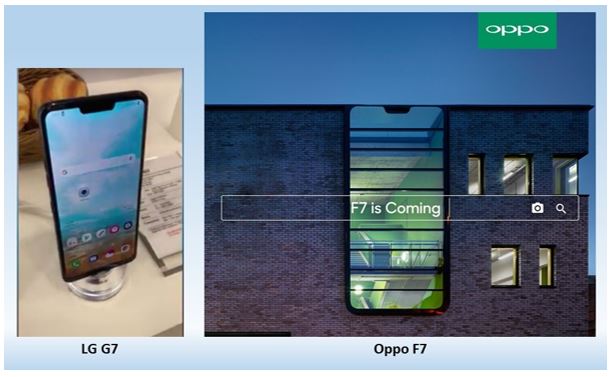 The LG G7 leak from MWC 2018 and Oppo F7 Teaser – LG G7 photo courtesy of YNet
Smartphone designs have been slowly but surely trending towards the point wherein bezels shall be considered as an afterthought – With this direction, Smartphone manufacturers are scrambling to offer the closest possible feature to its consumers.
With the top notch being introduced, the standard aspect ratio has now shifted from 16:9 to 18:9 – As started by the Smartphones that were introduced last year with minimal bezels(LG G6 and Samsung S8).
This new trend is neither a good or a bad thing – The notch allows the manufacturers to maximize the top of the screen by minimizing the bezel to house the phone speaker and front-facing camera – Though apple needed the notch to house their unlocking feature.
The verdict is still split among critics – We have people that applaud the move towards a close to bezel-less approach by the manufacturers. To those simply saying that they are mere iPhone X. The fanboys will long debate the issue for the foreseeable future on why there is a notch, will there still be a need for the notch or are they just piggybacking on the notch.
For now, we wait and see if The Notch is indeed the next big trend for Android Smart Phones for 2018.
For more Tech Lifestyle features go over to Techbeatph.com