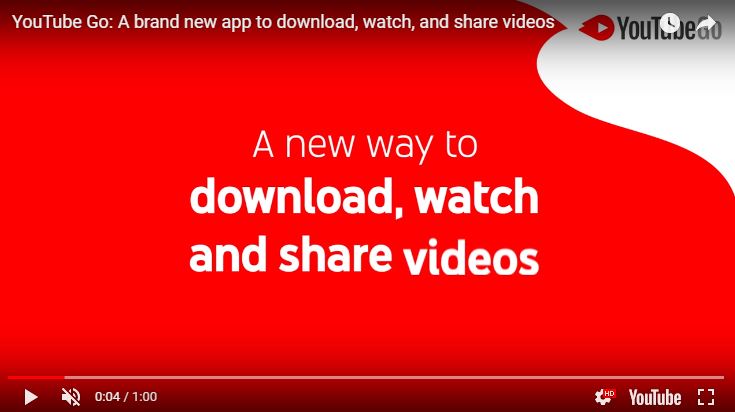 Video streaming giant YouTube announced of February 1 that it just released YoutubeGo. YoutubeGo is launching in 130 countries.  The app is a re-engineered version of the current YouTube app, currently is only available on Android devices. What the main difference between the two apps? YouTubeGo was made for those locations for areas with poor internet connectivity and expensive cellular data.
Another big difference is that YoutubeGo allows users to download videos for offline viewing, YouTube normally charges users for this function on their YouTube Red platform. The users can also share their video to other by using device to device connection and not using up their cellular data connection.
The app has been running in beta testing mode in India since last year and has been expanded to 14 more countries. It was just rolled out to 130 countries. There are still no plans for the release of YouTubeGo to countries with developed internet infrastructure.
We will be telling about our experience with it once we download the app.