“Star Wars First Order Stormtrooper Robot by UBTECH has arrived from ‘a galaxy far, far away,’” said James Chow, CEO, UBTECH. “Stormtrooper has generated worldwide interest and excitement, and we are thrilled to deliver a new and interactive experience for Star Wars fans everywhere.” 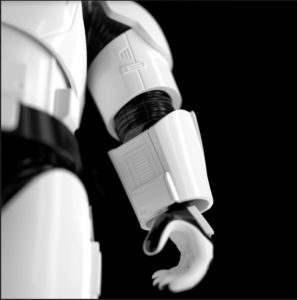 Features of the Star Wars First Order Stormtrooper Robot by UBTECH include:

For more information on UBTECH and its complete line of robots, please visit ubtrobot.com.

About UBTECH Robotics: UBTECH Robotics is a global leader in intelligent humanoid robots. The company’s interactive robots serve the public, accelerate STEM education for children and assist & entertain in the home. Integrating UBTECH robots into our daily lives enhances how we live, work, learn, and play. To be part of the UBTECH robot generation, visit www.ubtrobot.com and follow UBTECH Robotics on Facebook and Instagram